As of 2015, the Maryland GOP controls the majority of the state's county governments. It holds 16 of 23 counties, excluding Baltimore City. It also has a majority of County Executives in the State. The GOP also controls 181 county seats to the Democrats 130.

The Republican Party enjoys widespread support from Western Maryland and the Eastern Shore, both of which are mainly rural. In other areas of the state such as heavily populated Montgomery County, Prince George's County, and the City of Baltimore, Republicans are a minority.

The majority of voters in the state of Maryland live in urban metropolitan areas such as Baltimore and are affiliated with the Democratic Party.[3]

In comparison to the national Republican Party, the Maryland Republican Party is trending more conservative. This is especially true concerning social issues and immigration. 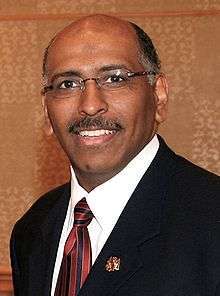 The Washington Post characterized the party as "close to broke" as of January 2009, with $703.10 on hand and $57,000 in loans and bills. The Maryland Election Board also ruled in 2009 that the Maryland GOP must return $77,500 to a campaign account of Steele's for party legal expenses that he had paid.[4] In November 2011 the Baltimore Sun reported that the Maryland Republican party owed over $100,000 to vendors that stemmed from the 2010 election cycle.[5]

The picture changed after a Republican, Larry Hogan, was elected as governor in November 2014. According to the Washington Post, "Hogan raised nearly $1.4 million in the two months after the election" and the state party raised another $1 million.[6] 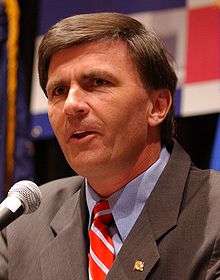 Robert L. Ehrlich, Jr. was the first Republican governor of Maryland since the 1960s, serving as governor from 2003 to 2007. He was defeated by a landslide in the 2010 election by Democratic candidate Martin O'Malley. Ehrlich's wife, Kendel Ehrlich, is a notable state Republican who hosts, along with her husband, a conservative talk radio show on WBAL 1090-AM in Baltimore. Andy Harris was one of the few bright spots for Maryland Republicans in the 2010 election as he won a congressional seat back from the Democrats.