The Illinois Republican Party is the state-level affiliate of the Republican Party in Illinois. Since May 17, 2014, it has been chaired by Tim Schneider. The party is one of two legally established, statewide political parties in Illinois, the other being the Democratic Party. Illinois's Governor, Bruce Rauner is a member of the party and currently the only statewide elected official. 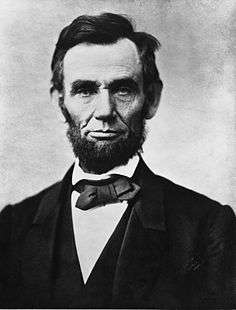 The Illinois Republican Party was organized at the Bloomington Convention in Major's Hall in Bloomington on May 29, 1856. Its founding members came from the former Whig Party in Illinois after its members joined with several powerful local political factions including, notably, the Independent Democrat movement of Chicago that helped elect James Hutchinson Woodworth Mayor in 1848.

The early Illinois Republican Party enjoyed many members from commerce who shared the vision of Illinois generally, and Chicago in particular, as a gateway to the Western frontier of the United States. The early party members quickly identified their shared anti-slavery sentiment which further differentiated them from the older parties based on the East Coast. Many early members of the party failed to gain statewide office or election to the United States Congress due to this anti-slavery view, although this early position of the party in Illinois would later propel several candidates to prominent office, including the Governorship of Illinois won by Richard Yates, and in the mid-1850s, the election of former Chicago Mayor James Hutchinson Woodworth to one term in the United States House of Representatives.

On May 9–10, 1860 the Illinois Republican State Convention was held in Decatur. At this convention Abraham Lincoln received his first endorsement for president of the United States. Until 1932, Republicans had virtually complete control over Illinois politics. From 1932 to 1994, Republicans still usually had more control over Illinois politics, although Democrats still had a presence in the state and many noted Democratic politicians, most notably Adlai Stevenson, came from Illinois. By the 1990s, though, Illinois had started to become more Democratic in presidential elections, largely because the GOP's social conservatism had alienated many Northeastern and Midwestern Republican voters. Illinois rapidly became more Democratic in the second half of the 1990s and early 2000s.

Other than a brief majority from 1995-1997 as a result of the Republican Revolution, they have been in the minority in the state House of Representatives since 1982. In 2003, Illinois GOP power died when a Democrat became Illinois governor for the first time in 26 years and Democrats gained control of the Illinois Senate, putting the party in the minority for the first time in state history.

The 2010 elections saw the election of Illinois Republican Mark Kirk to the US Senate as well as a Republican sweep of Illinois US House seats. Republicans came within 5 seats of a majority in the Illinois House of Representatives and gained seats in the Senate. Republican nominee Bill Brady narrowly lost the gubernatorial election to Pat Quinn, leaving Democrats in full control of the redistricting process. This resulted in gerrymandering heavily in favor of Democrats. As a result of the redistricting process, Illinois Republicans suffered huge losses in the 2012 elections. 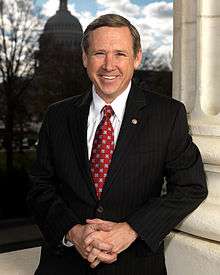