The Oregon Republican Party is the state affiliate of the United States Republican Party in Oregon, headquartered in Wilsonville. The party was established in the Oregon Territory in February 1857 as the "Free State Republican Party of Oregon" and held its first state convention after Oregon's admission to the union on April 1, 1859.

The Republican Party was the dominant political organization in the state of Oregon from the time of the American Civil War through the decade of the 1960s, before moving to a position of approximate parity with the rival Democratic Party of Oregon for the next four decades. During the 21st Century the Oregon Republican Party has generally assumed the role of minority party in state government, with majorities of Congressional delegations, elected statewide officials, and legislative majorities generally controlled by the Democrats.

The politics of the Oregon Territory were largely dominated by the generally pro-slavery and States' rights Democratic Party, with only weak opposition offered by the Whigs and their nativist Know Nothing cousins.[3] A serious opposition first began to emerge in the aftermath of the bitter and costly Rogue River Wars of 1855 to 1856, centered around the growing national movement for the abolition of slavery in the United States and was centered around the fledgling Republican Party that was intent upon slavery's limitation and elimination.[3]

A first convention of Republicans in Oregon was held in May 1856 at the Lindley schoolhouse in Jackson County, with the gathering called for the nomination of candidates to appear on the June 1856 territorial ballot.[3] The convention also adopted a resolution declaring that while Congress had no power over the existence of slavery in states in which it already existed, outside of such state jurisdictions federal power should be exerted to prevent its introduction.[4]

Throughout 1856, abolitionist sentiment continue to grow in Oregon, with Republican clubs springing up around the state.[5] Republican county conventions were held in Clackamas, Washington, Marion, Linn, and possibly one or two other locales around the state.[6] Representatives of these county gatherings were then assembled at a territorial organizing convention held in Albany on February 11, 1857, which adopted the official name "Free State Republican Party of Oregon" for the organization.[7] A platform for the new political party was announced, emphasizing the indissoluble nature of the United States, opposition of the expansion of slavery to free territory, prohibition of polygamy, construction of a Pacific railroad to link Oregon with California, government effort to improve the navigability of rivers and harbors, and admission of Oregon to the United States only as a free state.[7]

The year 1857 was marked by preparations for future Oregon statehood, including the holding of a constitutional convention, and the ruling Democratic Party found itself divided over the question of slavery, attempting to sidestep the issue by passing in state convention a resolution binding Democratic delegates to such a gathering to the position that the matter of slavery in Oregon be settled later by a vote of the people.[8]

The Republicans did not nominate a candidate for Representative to Congress in the June 1857 election, instead pooling their support for G.W. Lawson, a Free Soil Democrat who was running as an independent.[9] While pro-slavery Democrat Joseph Lane was ultimately returned as the Territorial delegate to Congress, voting further down the ticket showed a Republican advance, with Republicans joining with so-called "soft" (free state) Democrats[10] to elect about a third of the delegates to the constitutional convention and 10 of the 30 members to the Oregon Territorial Legislature.[11]

The constitutional convention held in the summer of 1857 ultimately steamrolled Republican sentiment and again sidestepped the slavery question by deciding to leave the slavery question to a vote of the people, while declaring that "no negro, Chinaman, or mulatto should have the right to vote."[12] The bill of rights adopted by the Democratic-dominated constitutional convention gave the future state legislature the right to exclude African-Americans from immigrating to the state altogether, thereby setting the stage for restrictive racial laws in spite of Oregon's free state status.[13]

Three propositions were ultimately put to territorial voters, with the Democratic-authored Oregon Constitution gaining approval by a vote of about 7,200 to 3,100, a measure allowing slavery falling to defeat by a majority of nearly 5,100 votes, and a proposal allowing "Free Negroes" to settle in Oregon overwhelmingly defeated by a vote of 8,640 to 1,081.[14] Oregon would be neither a slave state nor one open to black immigration — a law remaining on the books (albeit not in actual effect) into the 20th Century.[15] 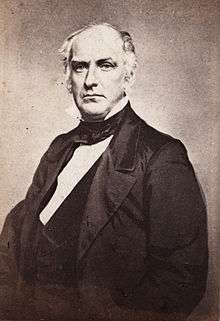 Edward Dickinson Baker (1811-1861), first Oregon Republican elected to the U.S. Senate, was an early casualty fighting for the Union in the American Civil War.

On April 1, 1859, just two weeks after Oregon was admitted to the Union, the Republican Party held a convention in Salem at which it nominated David Logan as the party's choice for the state's first fully fledged Congressional representative.[16] Logan would narrowly fall to defeat both in 1859 and again when nominated again for a full term in the election of 1860, but national political events would soon change the tide for the new political party.[16] The Democratic Party found itself divided with the coming of the American Civil War between pro- and anti-Union elements.[17] With the nation embroiled in war, pro-Union Democrats and Republicans put aside their differences at a fusion convention in April 1862, establishing themselves as the Union Party.[17] This joint political organization would continue in Oregon through four elections under the Union Party banner, terminating only in 1868.[17]

As the united political organization for a preserved United States of America in contradistinction to defeatists and Confederate sympathizers, the Union Party and, after 1868, the rechristened Republican Party experienced dramatic political gains in Oregon, buoyed by the defection and disenfranchisement of the Democratic South. The party, as one historian colorfully noted, began to "grow like the plant that sprang up from the mustard seed."[16] An alliance of Republicans and pro-Union Democrats in the Oregon State Legislature came together in 1860 to elect Edward Dickinson Baker as the first Republican U.S. Senator from Oregon.[18] An era of Republican dominance in Oregon was begun.

Senator Baker's fate did not prove to be a happy one, however. When the Civil War began in 1861, Baker raised his own militia, in which he served as commanding officer. On October 21, 1861, with Congress out of session, Colonel Baker and his men met Confederate forces on a hill called Ball's Bluff just outside Washington, D.C. Shortly after the battle started Baker was killed along with nearly 1,000 others.[19] 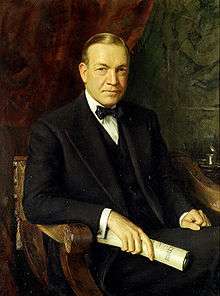 By the 1890s, the ideology of the two major parties had begun to switch, with the Republican Party emerging as the party of sound money, industry and commerce, protective tariffs, and expansionist foreign policy. 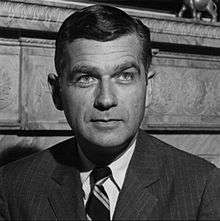 Governor and U.S. Senator Mark O. Hatfield (1922-2011) was the face of the Oregon Republican Party for a generation.

The party believes that every person has a fundamental right to life, beginning at conception. The party also opposes taxpayer funding for abortion.[21]

The party believes that the death penalty should be used, mandatory minimum sentencing for violent offenders and in truth in sentencing.[21]

The party believes that all children should have a right to have access to a quality education, parents have the responsibility to educate their children, and that basic skills and fluency in English should be emphasised.[21]

The party believes in minimal government intervention and that all regulation should strive to cause the least harm to human resource and business pursuits.[21]

The party believes that legal recognition of marriage should be restricted to those between one man and one woman, that government involvement in family matters should be kept at a minimum, and that local governments have the right to intervene when parents are deemed unfit. The party opposes abortion, assisted suicide and human trafficking.[21]

The party believes that foreign relations should be based on the security of the United States.[21]

The party believes that the government should exercise fiscal responsibility and there should be no unfunded mandates or bailouts. They support a balanced budget.[21]

The party supports health care reforms that lower costs, eliminate government barriers and allow citizens to make their own health care decisions. They support the repeal of the Patient Protection and Affordable Care Act.[21]

The party recognizes the benefits of legal immigration, opposes amnesty, supports English as the official language, supports a simplified guest worker program. It believes the right to vote should only be earned through naturalization, and that citizenship for children should be granted if one or more of their parents are a U.S. citizen.[21]

The party stands for the protection of individual rights.[21]

The party supports only those regulations that support free enterprise and personal freedoms.[21]

The party supports the individual's right to keep and bear arms.[21]

The party supports voter identification at the polls, transparency in elections, severe and enforced penalties for election law violations and the Electoral College.[21] 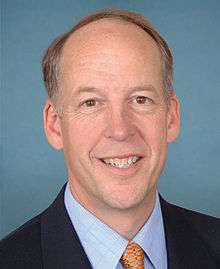 Greg Walden (born 1957), was elected to Congress in 1998 in the conservative 4th District and is the top elected official of the Oregon Republican Party.

The Oregon Republican Party holds one of the state's five U.S. House seats but neither of the two U.S. Senate seats.

The Oregon Republican Party holds 25 of 60 seats in the Oregon House of Representatives and 12 of the 30 Oregon Senate seats.