Not to be confused with Allegheny, Pennsylvania.

Allegheny County was the first in Pennsylvania to be given a Native American name, being named after the Allegheny River. The word "Allegheny" is of Lenape origin, with uncertain meaning. It is usually said to mean "fine river", but sometimes said to refer to an ancient mythical tribe called "Allegewi" that lived along the river long ago before being destroyed by the Lenape.[4]

Not a great deal is known about the native inhabitants of the region prior to European contact. During the colonial era various native groups claimed or settled in the area, resulting in a multi-ethnic mix that included Iroquois, Lenape, Shawnee, and Mingo. European fur traders such as Peter Chartier established trading posts in the region in the early eighteenth century.

In 1749 Captain Pierre Joseph Céloron de Blainville, claimed the Ohio Valley and all of western Pennsylvania for Louis XV of France. The captain traveled along the Ohio and Allegheny rivers inserting lead plates in the ground to mark the land for France.

Since most of the towns during that era were developed along waterways, both the French and the British desired control over the local rivers. Therefore, the British sent Major George Washington to try to compel the French to leave their posts, with no success. Having failed in his mission, he returned and nearly drowned crossing the ice-filled Allegheny River. In 1754, the English tried again to enter the area. This time, they sent 41 Virginians to build Fort Prince George. The French got news of the plan and sent an army to take over the fort, which they then resumed building with increased fortification, renaming it Fort Duquesne.

The loss of the fort cost the English dearly because Fort Duquesne became one of the focal points of the French and Indian War. The first attempt to retake the fort, the Braddock Expedition, failed miserably.[5] It was not until General John Forbes attacked in 1758, four years after they had lost the original fort, that they recaptured and destroyed it. They subsequently built a new fort on the site, including a moat, and named it Fort Pitt. The site is now Pittsburgh's Point State Park.

Both Pennsylvania and Virginia claimed the region that is now Allegheny County. Pennsylvania administered most of the region as part of its Westmoreland County. Virginia considered everything south of the Ohio River and east of the Allegheny River to be part of its Yohogania County and governed it from Fort Dunmore. In addition, parts of the county were located in the proposed British colony of Vandalia and the proposed U.S. state of Westsylvania. The overlapping boundaries, multiple governments, and confused deed claims soon proved unworkable. In 1780 Pennsylvania and Virginia agreed to extend the Mason–Dixon line westward, and the region became part of Pennsylvania. From 1781 until 1788, much of what had been claimed as part of Yohogania County, Virginia, was administered as a part of the newly created Washington County, Pennsylvania.

Allegheny County was officially created on September 24, 1788, from parts of Washington and Westmoreland counties. It was formed due to pressure from settlers living in the area around Pittsburgh, which became the county seat in 1791. The county originally extended all the way north to the shores of Lake Erie and became the "mother county" for most of what is now northwestern Pennsylvania. By 1800, the county's current borders were set. 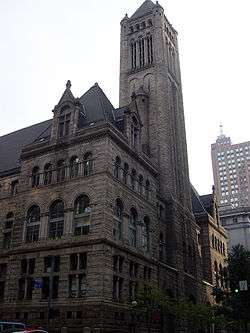 In the 1790s, a whiskey excise tax was imposed by the United States federal government. This started the so-called Whiskey Rebellion when the farmers who depended on whiskey income refused to pay and drove off tax collector John Neville. After a series of demonstrations by farmers, President George Washington sent troops to stop the rebellion.

The area developed rapidly throughout the 19th century to become the center of steel production in the nation. Pittsburgh would later be labeled the "Steel Capital of the World".

Allegheny County is known for the three major rivers that flow through it: the Allegheny River and the Monongahela River converge at Downtown Pittsburgh to form the Ohio River. The Youghiogheny River flows into the Monongahela River at McKeesport, 10 miles (16 km) southeast. Several islands are located within the riverine systems. Water from these rivers eventually flows into the Gulf of Mexico via the Mississippi River. Although the county's industrial growth caused the clearcutting of forests, a significant woodland remains.

For most of the 20th century, until 1999, Allegheny County was governed exclusively under the state's Second Class County Code. Under this code, the county handled everything: elections, prisons, airports, public health and city planning. Unlike the rest of the state, where certain public offices are combined and held by one person, in Allegheny County all public offices are held by elected individuals.

Before the implementation of the home-rule charter on January 1, 2000, there were three county commissioners. These were replaced with an elected chief officer (the county executive), a county council with 15 members (13 elected by district, two elected county-wide), and an appointed county manager. The changes were intended to maintain a separation of powers between the executive and legislative branches while providing the citizens with greater control over the government. 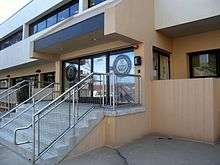 The county has 130 municipalities, each governing itself; no other county in Pennsylvania has nearly as many, with Luzerne County's 76 being second.[7] The county has one Second Class City (Pittsburgh) and three Third Class Cities (Clairton, Duquesne, and McKeesport).

A 2004 study by the University of Pittsburgh stated that Allegheny County would be better served by consolidating the southeastern portion of the county (which includes many small, poor communities) into one large municipality, called "Rivers City", which would have a combined population of approximately 250,000.[8]

Under the Onorato administration, Allegheny County paid $10,000 per month to Robert Ewanco, of Greenlee Partners, to lobby the Pennsylvania General Assembly.[9][10] County officials credit him with a "20-fold" return in the form of appropriations for a widening project on Pennsylvania Route 28, as well as a footbridge and security cameras at Duquesne University.[10]

The Republican Party had been historically dominant in county-level politics; prior to the Great Depression Pittsburgh and Allegheny County had been Republican. Since the Great Depression on the state and national levels, the Democratic Party has been dominant in county-level politics and is the Democratic stronghold of western Pennsylvania. In 2000, Democrat Al Gore won 56% of the vote and Republican George W. Bush won 41%. In 2004, Democrat John Kerry received 57% of the vote and Bush received 42%. In 2006, Democrats Governor Ed Rendell and Senator Bob Casey, Jr. won 59% and 65% of the vote in Allegheny County, respectively. In 2008, Democrat Barack Obama received 57% of the vote, John McCain received 41%, and each of the three state row office winners (Rob McCord for Treasurer, Jack Wagner for Auditor General, and Tom Corbett for Attorney General) also carried Allegheny.

In the late 18th century farming played a critical role in the growth of the area. There was a surplus of grain due to transportation difficulties in linking with the eastern portion of the state. As a result, the farmers distilled the grain into whiskey, which significantly helped the farmers financially.

The area quickly became one of the key manufacturing areas in the young nation. Coupled with deposits of iron and coal, and the easy access to waterways for barge traffic, the city quickly became one of the most important steel producing areas in the world. Based on 2007 data from the US Army Corps of Engineers, Pittsburgh is the second busiest inland port in the nation.

With the decline of the steel industry in the US, the area shifted to other industries. Today, it is known for its hospitals, universities, and industrial centers. Despite the decline of heavy industry, Pittsburgh is home to a number of major companies and is ranked in the top ten among US cities hosting headquarters of Fortune 500 corporations. These include U.S. Steel Corporation, PNC Financial Services Group, PPG Industries, and H. J. Heinz Company.

The county leads the commonwealth in number of defense contractors supplying the U.S. military.[19] 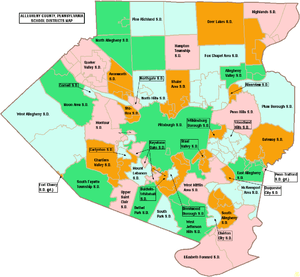 The Commonwealth of Pennsylvania has 36 Approved Private Schools including the Charter Schools for the Blind and Deaf. Students attending these schools come from across the commonwealth. The private schools are licensed by the State Board of Private Academic Schools. They provide a free appropriate special education for students with severe disabilities. The cost of tuition for these schools is paid 60% by the state and 40% by the local school district where the student is a resident. Pennsylvania currently has four PA chartered and 30 non-charter APSs for which the Department approves funding. These schools provide a program of special education for over 4,000 day and residential students. Parents are not charged for the services at the school.[20] In 2009, the Pennsylvania Department of Education budgeted $98 million for tuition of children in approved private schools and $36.8 million for students attending the charter schools for the deaf and blind.[21] The majority of these schools are located in the southeastern region and southwestern region of Pennsylvania.

These are state designated before and after school program providers. They receive state funding through grants. CCLCs provide academic, artistic and cultural enhancement activities to students and their families when school is not in session.[22]

The Three Rivers Heritage Trail provides uninterrupted bicycle and pedestrian connections along the three rivers in the city, and the Great Allegheny Passage trail runs from downtown Pittsburgh to Washington, D.C. 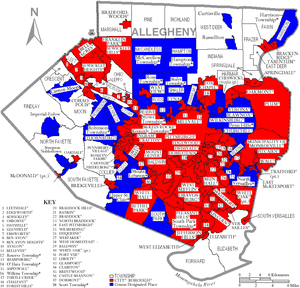 Under Pennsylvania law, there are four types of incorporated municipalities: cities, boroughs, townships, and (in one case) a town. The following municipalities are in Allegheny County:

Census-designated places are geographical areas designated by the US Census Bureau for the purposes of compiling demographic data. They are not actual jurisdictions under Pennsylvania law. Other unincorporated communities, such as villages, may be listed here as well.

Many political subdivisions of Allegheny County have come and gone through subdivision or annexation through the years. These include:

The population ranking of the following table is based on the 2010 census of Allegheny County.[27]

Further information: List of people from the Pittsburgh metropolitan area