For other uses, see Glasgow (disambiguation).

Glasgow is a home rule-class city[1] in Barren County, Kentucky, in the United States. It is the seat of its county.[2] The population was 14,028 at the 2010 U.S. census.[3] The city is well known for its annual Scottish Highland Games. In 2007, Barren County was named the number one rural place to live by The Progressive Farmer magazine.[4] Glasgow is the principal city of the Glasgow micropolitan area, which comprises Barren and Metcalfe counties.

The city of Glasgow was established by the state assembly in 1799.[6] The same year, the community was selected as the seat of a new county, owing to its central location, its large spring, native John Gorin's donation of 50 acres (20 ha) for public buildings, and its being named for the Scottish hometown of the father of William Logan, one of the two commissioners charged with selecting the county seat. A post office was established in 1803, and the town received its city rights in 1809.

All across Glasgow are historic homes that can date back to the early 1800s. The most popular part of town with these homes is South Green Street, this street has many historic houses that have many different architectural styles including Colonial, Federal, and Victorian. Each house has its own unique history and they are owned and taken care of with great pride by their owners.

Western Kentucky University was originally in Glasgow when it was established in 1875, but 10 years later it moved to its present-day location in Bowling Green and serves as WKU's main campus. Since 1998, WKU has operated a regional campus in Glasgow.[7][8]

The Civil War affected many smaller towns like Glasgow. There are many places that were part of the Underground Railroad in Glasgow, such as Big Spring Bottom for keeping horses and the Spotswood House on North Race Street for hiding slaves. Other places include the Old Glasgow Seminary Home on East Main Street, this house has several rooms dug out in the earth with tunnels running into them for keeping the slaves hidden and safe.

Glasgow is governed by a mayor and city council. In November 2008, the city voted Yes on Proposition 8, making it legal for restaurants to sell liquor by the drink to the public. Also, in April 2010, the city council voted for a citywide smoking ban in all indoor public places. The ban began officially on June 22, 2010.

In May 2012, Karen Davis lost the re-election for the Commonwealth Attorney to John Gardner. Gardner is a native of Glasgow and he is also a local attorney at Richardson Gardner and Alexander Law Office in Glasgow.

On November 4, 2014, Kent Keen was elected sheriff of Barren County.

In the mid-1990s, Glasgow began its own cable system for television and Internet access. The municipal service has saved its residents $32 million over proprietary providers.[12]

Glasgow Public Schools are part of the Glasgow Independent Schools. The district has two elementary schools, one middle school and one high school. D. Sean Howard is the Superintendent of Schools.[13]

The climate in this area is characterized by hot, humid summers and generally mild to cool winters. According to the Köppen Climate Classification system, Glasgow has a humid subtropical climate, abbreviated "Cfa" on climate maps.[14] 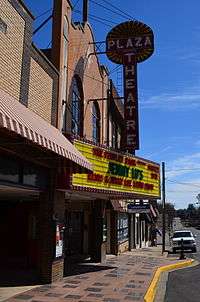