This article is about the musical composition (with vocals). For other uses, see Song (disambiguation). 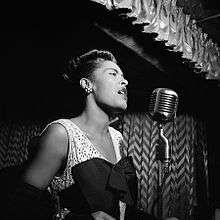 A song, most broadly, is a single (and often standalone) work of music that is typically intended to be sung by the human voice with distinct and fixed pitches and patterns using sound and silence and a variety of forms that often include the repetition of sections. Written words created specifically for music or for which music is specifically created, are called lyrics. If a pre-existing poem is set to composed music in classical music it is an art song. Songs that are sung on repeated pitches without distinct contours and patterns that rise and fall are called chants. Songs in a simple style that are learned informally are often referred to as folk songs. Songs that are composed for professional singers who sell their recordings or live shows to the mass market are called popular songs. These songs, which have broad appeal, are often composed by professional songwriters, composers and lyricists. Art songs are composed by trained classical composers for concert or recital performances. Songs are performed live and recorded on audio or video (or in some, cases, a song may be performed live and simultaneously recorded). Songs may also appear in plays, musical theatre, stage shows of any form, and within operas.

A song may be for a solo singer, a lead singer supported by background singers, a duet, trio, or larger ensemble involving more voices singing in harmony, although the term is generally not used for large classical music vocal forms including opera and oratorio, which use terms such as aria and recitative instead.[1] Songs with more than one voice to a part singing in polyphony or harmony are considered choral works. Songs can be broadly divided into many different forms, depending on the criteria used.

Songs may be written for one or more singers to sing without instrumental accompaniment or they may be written for performance with instrumental accompaniment. The accompaniment used for a song depends on the genre of music and, in classical styles, the instructions of the composer as set out in the musical score. Songs may be accompanied by a single accompanist playing piano or guitar, by a small ensemble (e.g., a jazz quartet, a basso continuo group (in the case of Baroque music), a rock or pop band or a rhythm section) or even a big band (for a jazz song) or orchestra (for a classical aria). One division is between "art songs", "pop songs" and traditional music which includes "folk songs" and early blues songs. Other common methods of classification are by purpose (sacred vs secular), by style (dance, ballad, Lied, etc.), or by time of origin (Renaissance, Contemporary, etc.). Songs may be learned and passed on "by ear" (as in traditional folk songs); from a recording or lead sheet (in jazz and pop) or from detailed music notation (in classical music). While the term "song" usually refers to a sung melody, the term is also used in some instrumental music in which the composer wishes the performer to play in a singing style (e.g., Mendelssohn's Songs Without Words for solo piano.)

Art songs are songs created for performance by classical artists, usually with piano accompaniment, although they can be sung solo. Art songs require strong vocal technique, understanding of language, diction and poetry for interpretation. Though such singers may also perform popular or folk songs on their programs, these characteristics and the use of poetry are what distinguish art songs from popular songs. Art songs are a tradition from most European countries, and now other countries with classical music traditions. German-speaking communities use the term art song ("Kunstlied") to distinguish so-called "serious" compositions from folk song ("Volkslied"). The lyrics are often written by a poet or lyricist and the music separately by a composer. Art songs may be more formally complicated than popular or folk songs, though many early Lieder by the likes of Franz Schubert are in simple strophic form. The accompaniment of European art songs is considered as an important part of the composition. Some art songs are so revered that they take on characteristics of national identification.

Art songs emerge from the tradition of singing romantic love songs, often to an ideal or imaginary person and from religious songs. The troubadours and bards of Europe began the documented tradition of romantic songs, continued by the Elizabethan lutenists. Some of the earliest art songs are found in the music of Henry Purcell. The tradition of the romance, a love song with a flowing accompaniment, often in triple meter, entered opera in the 19th century, and spread from there throughout Europe. It spread into popular music and became one of the underpinnings of popular songs. While a romance generally has a simple accompaniment, art songs tend to have complicated, sophisticated accompaniments that underpin, embellish, illustrate or provide contrast to the voice. Sometimes the accompaniment performer has the melody, while the voice sings a more dramatic part.

Folk songs are songs of often anonymous origin (or are public domain) that are transmitted orally. They are frequently a major aspect of national or cultural identity. Art songs often approach the status of folk songs when people forget who the author was. Folk songs are also frequently transmitted non-orally (that is, as sheet music), especially in the modern era. Folk songs exist in almost every culture. Popular songs may eventually become folk songs by the same process of detachment from its source. Folk songs are more-or-less in the public domain by definition, though there are many folk song entertainers who publish and record copyrighted original material. This tradition led also to the singer-songwriter style of performing, where an artist has written confessional poetry or personal statements and sings them set to music, most often with guitar accompaniment.