It has made one World Cup appearance, in 1990 in Italy, but lost all three of its games to Colombia, West Germany and Yugoslavia. Two years later the UAE took fourth place in the 1992 Asian Cup, and runner-up in 1996 as hosts of the tournament. In both tournaments their final match was lost on penalty kicks. They also won the Gulf Cup of Nations on two occasions – in 2007 when they won a title for the first time in their history and then in 2013. They finished third in the recent AFC Asian Cup and will be hosting the next edition in 2019.

The first match of UAE national football team was played on 17 March 1972, four months after the union of the United Arab Emirates. They played against Qatar at Riyadh's Prince Faisal bin Fahd Stadium and UAE won 1–0 with the only goal scored by Ahmed Chowbi. Then, the team faced three other Arabian countries, losing 4–0 and 7–0 to Saudi Arabia and Kuwait respectively and beating Bahrain 3 nothing.

After participating in four Gulf Cup of Nations since 1972, the UAE hosted the 1982 edition. They again finished third, as they did in the two previous tournaments.

In 1980, UAE qualified for the first time for the AFC Asian Cup, which was held in Kuwait. They were drawn with eventual winners, Kuwait, runner-up South Korea, Malaysia and Qatar in Group B. They drew 1–1 with Kuwait but lost the three other matches and finished their first appearance at the tournament in fifth place in their group and ninth (out of ten teams) overall.

They also qualified for next two tournaments, 1984 in Singapore and 1988 in Qatar and were again eliminated in the group stages in both. Their first victory of the tournament occurred against India on 7 December 1984 under manager Heshmat Mohajerani.

In 1984, Mohajerani resigned as UAE head coach and was replaced with former Brazil manager Carlos Alberto Parreira. Parreira led the country at the 1988 AFC Asian Cup and left his position after the tournament. He was succeeded by Brazilian World Cup winning coach Mário Zagallo. Zagallo led the country to qualification for the 1990 FIFA World Cup in Italy. However, Zagallo resigned before the tournament and Parreira returned as head coach to lead UAE at the tournament.

They were drawn at Group D along with eventual winner West Germany, Colombia and Yugoslavia. They lost 2–0 to Colombia, 5–1 to West Germany and 4–1 to Yugoslavia. They finished fourth with no points, scoring two goals and conceding eleven goals. UAE's first goal at the tournament was scored by Khalid Ismaïl against West Germany. After the tournament, Parreira was sacked. Two years later, at the 1992 AFC Asian Cup, UAE finished in fourth place, their best finish up to that date.

UAE hosted 1996 AFC Asian Cup. They hired Croatian coach Tomislav Ivić one year before the tournament and were drawn in Group A along with Kuwait, South Korea and Indonesia. They drew 1–1 with South Korea in the opening match, then defeated Kuwait 3–2 and Indonesia 2–0 to qualify as group winners with seven points. In the quarter-finals, they beat Iraq 1–0 with a golden goal scored by Abdulrahman Ibrahim in the 103rd minute in extra time. They again faced Kuwait, this time at the semi-finals and won 1–0 to qualify to the final for the first time. In the final, they lost to Saudi Arabia in a penalty shout-out and finished the tournament as runner-up, which is still their best finish in the AFC Asian Cup.

The tournament was also considered to be one of the best tournaments held since 1956. The tournament had an average 3.08 goals per game with 80 goals scored, 49 goals higher than the previous edition.

UAE also appeared in 1997 FIFA Confederations Cup after being awarded a spot because Asian winners Saudi Arabia was hosting the games. They lost the first match 2–0 to Uruguay. Then, they defeated South Africa 1–0. In their final match, they were defeated 6–1 by Czech Republic and missed their chance to qualify for the next round finishing third in their group. 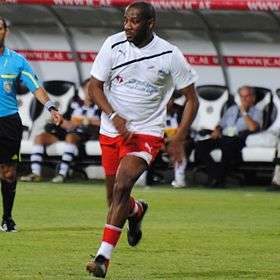 Despite their good performances at previous Asian Cup, UAE missed qualification for the 2000 AFC Asian Cup in Lebanon. They also finished in last place at the 2002 Gulf Cup of Nations.

They were eliminated in the next three AFC Asian Cup tournaments at the group stage. Their worst performance was in 2011 when they finished the tournament goalless. At this time, many notable coaches managed UAE, including Carlos Queiroz, Roy Hodgson and Dick Advocaat. In 2006, UAE appointed Senegal's 2002 FIFA World Cup head coach, Bruno Metsu as their new manager. He led UAE to the 2007 Gulf Cup of Nations title, the country's first major achievement.

After hiring many notable European coaches, in 2012, UAE appointed Olympic team coach Mahdi Ali as the new manager of the national team. Ali previously led the country to their first ever appearance at the Olympic Games.

Ali began creating a young squad for UAE, inviting many players that he had worked with at youth level. He led UAE to their second Gulf Cup of Nations title in 2013.

UAE's form at the 2015 AFC Asian Cup was a surprise to many. They were drawn in Group C along with Iran, Qatar and Bahrain. They defeated Qatar 4–1 in their first match. At the next match, they defeated Bahrain 2–1 which qualified them for the knockout stage. In the group's final game, UAE lost 1–0 to Iran, in which Iran scored a controversial goal that appeared to be offside. However, the gulf team advanced as group runner-up. They faced defending champions Japan in the quarter-final and earned a shock victory on penalties to advance to the last four. However, they lost 2–0 to host country Australia in the semi-finals. In the third place play-off, they beat Iraq 3–2 and finished the tournament in the third place. UAE will be hosting the 2019 AFC Asian Cup.

Bahrain, however the rivalry with Saudi Arabia is often considered to be the biggest and many Emirati football fans did not enjoy the recent match against Saudi Arabia in the 2018 FIFA World Cup qualification.

The United Arab Emirates is known by supporters and the media as Al-Abyad, meaning The White jersey and also Eyal Zayed which means Zayed's sons.