This article is about the men's team. For the women's team, see India women's national football team.
For other uses, see Football in India.

The India national football team is governed by the All India Football Federation (AIFF). Since 1948, the AIFF has been affiliated to FIFA, the international governing body for football. In 1954, the AIFF became one of the founding members of the Asian Football Confederation (AFC). The team was automatically invited by FIFA to play in the 1950 FIFA World Cup (all the other Asian teams withdrew), but they could not go to the tournament in Brazil due to financial constraints.[10] They won two gold medals at the Asian Games and one silver at the Asian Cup.

India qualified for the 1950 FIFA World Cup finals as a result of the withdrawal of all of their scheduled opponents. However, the governing body AIFF decided against going to the World Cup, being unable to understand the importance of the event at that time. The AIFF argued that the cost of travel was expensive (although FIFA agreed to bear a major part of the travel expenses) and there were also problems like lack of practice time, team selection issues and more preference was given to the Olympics over the FIFA World Cup.[10]

The period from 1951 to 1962 is considered the golden era in Indian football. Under the tutelage of legendary Syed Abdul Rahim,[11] India became the best team in Asia. India's football team started the 1950s with their triumph in the 1951 Asian Games which they hosted[12] Later next year they went on to participate in the 1952 Summer Olympics, but lost 10–1 to Yugoslavia. Like four years earlier, many of the team played without boots.[13] After the result the AIFF immediately made it mandatory to wear boots.[14] India then went on to finish eighth in the 1954 Asian Games held in Manila.[15] They finished fourth in the 1956 Olympic Games, which is regarded as one of finest achievements in Indian football. India first met hosts Australia, winning 4–2 with Neville D'Souza becoming the first Asian to score a hat trick in the Olympics and also making India the first Asian team to reach the Olympic semi-finals. They lost 4–1 to Yugoslavia, and lost the third place play-off match 3–0 to Bulgaria.[16]

In 1964, India played in its most memorable tournament yet. The 1964 AFC Asian Cup where they finished as runners-up thanks to then manager Harry Wright. India won their first match against South Korea 2–0, then lost 2–0 to the hosts Israel and then won 3–1 against Hong Kong which gave India second place in the tournament.[18]

After the Asian Cup, Indian football went downhill. Failure in many Asian Cup qualification tournaments meant that the next time India reached the quarter-final stage was as hosts in the 1982 Asian Games.[19] Then all of a sudden India managed to qualify for the 1984 AFC Asian Cup after twenty years.[20] But during the competition, India failed to make any impact.[21] India would then fail to make the Asian Cup for another 27 years.

Although India failed to qualify for the 2004 Asian Cup, the team did well by showing off a silver-medal winning performance in the inaugural Afro Asian Games, with victories over Rwanda and Zimbabwe (then 85 places ahead of India in the world rankings) along the way, losing the final by just 1–0 to Uzbekistan.[22]

As a result, Indian football has steadily earned greater recognition and respect, both within the country and abroad. India's LG Cup win in Vietnam under Stephen Constantine was one of the few bright spots in the early part of the 2000s. It was India's first victory in a football tournament outside the subcontinent after 1974.In 2003 SAFF Bangladesh knocked India out, beating them 2–1 at extra time. In November 2003, then India coach Stephen Constantine was named AFC Manager of the Month.[22]

In 2006, Bob Houghton was appointed the coach of the team. His appointment saw a general progress in India’s performances crowned by victory in 2007 Nehru Cup in August 2007. Houghton then led India to the 2008 AFC Challenge Cup title as they beat Tajikistan 4–1 in August 2008. Winning the AFC Challenge Cup qualified India for the 2011 AFC Asian Cup for the first time since 1984. He also oversaw the Indian team to its second consecutive Nehru Cup trophy by winning the 2009 Nehru Cup.[23]

In 2011, India started off their campaign by participating in 2011 AFC Asian Cup for which they qualified after 27 years. India lost in all three matches but did manage to perform well in patches.[24]

In 2012, India won the 15th edition of Nehru cup by beating Cameroon 5–4 in penalties as the full-time score was tied at 2–2, making it the third successive Nehru cup win for India.

India's traditional football jersey colour has been blue since 2005.[26] Adidas was the kit-provider of the national team until 2006. The team is known to have used blue shirts with white stripes in the past, as well as a more recent design with light blue and dark blue stripes, both of which are illustrated below. Nike, Inc. is the apparel sponsor of the Indian national football team, and also sponsored the team previously from 2006 to 2012. In 2010, Panasonic signed a deal to sponsor the Indian team's football jersey.[27] However, in December 2012, they decided not to renew their contract.[28] The team went without any sponsor for more than 7 months in 2013, until the All India Football Federation (AIFF) signed a 4-year sponsorship deal with Nike on August 1, 2013.[29]

Most recently, they again wore a jersey with a white vertical line on the left side and a white band on the right arm. The new team uniform unveiled in 2015[30] is displayed below alongside some previous team kits. 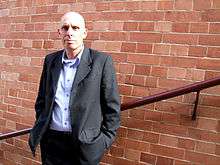 The following uncapped players were included in the squad for India's latest fixture.