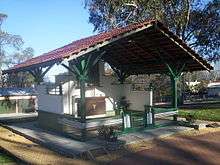 The Changi Museum is a museum dedicated to Singapore's history during the Second World War.

In 1988, Singapore built a replica Chapel and Museum next to the Changi Prison. When Changi Prison was expanded in 2001, the Chapel and Museum was relocated to a new site 1 km away and the Changi Chapel and Museum was officially established on 15 February 2001. Bernard Stogden, the son of Sgt. Harry Stogden, was invited to place the cross that his father made onto the wreathed altar in the new Chapel. He was claimed to have cried while doing so, as this was one of the only chances he got to interact with his father (through his work) as "Harry" Stogden died during the war.

Also in the museum is a collection of watercolour paintings by Mary Angela Bateman who was among the thousands of women and children held at Changi Prison for more than three years during the war.[1] 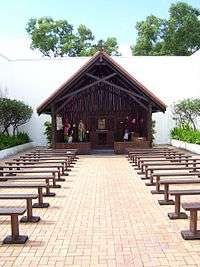