The Singapore Zoo, formerly known as the Singapore Zoological Gardens and commonly known locally as the Mandai Zoo, occupies 28 hectares (69 acres) on the margins of Upper Seletar Reservoir within Singapore's heavily forested central catchment area. The zoo was built at a cost of S$9 million granted by the government of Singapore and opened on 27 June 1973. It is operated by Wildlife Reserves Singapore, who also manage the neighbouring Night Safari, River Safari and the Jurong BirdPark. There are about 315 species of animal in the zoo, of which some 16 percent are considered to be threatened species. The zoo attracts 1.7 million visitors each year.[1]

From the beginning, Singapore Zoo followed the modern trend of displaying animals in naturalistic, 'open' exhibits with hidden barriers, moats, and glass between the animals and visitors. It houses the largest captive colony of orangutans in the world.[2]

Prior to the establishment of Singapore Zoo, there were other short-lived zoos in Singapore's history, including the first recorded zoo founded in the early 1870s at the present-day Singapore Botanic Gardens,[3] a zoo opened in the 1920s in Ponggol (present-day Punggol) by animal trader William Lawrence Soma Basapa and two zoos run by two brothers by the surname of Chan during the 1960s.

The conception of the Singapore Zoo dates from 1969. At the time, the Public Utilities Board (PUB) decided to use some of its land holdings around reservoirs for parks and open recreational facilities. The executive chairman of the PUB, Dr Ong Swee Law, set aside 88 ha (220 acres) of land for the construction of a zoological garden.

In 1970, consultants and staff were hired, and in 1971, the construction of the basic 50 enclosures was started. Animals were collected from dealers and donated by sponsors. The director of the Colombo Zoo in Sri Lanka, Lyn de Alwis, was hired as a special consultant to work out the problems inherent in tropical zoos.[4]

On 27 June 1973, the Singapore Zoo opened its gates for the first time with a collection of 270 animals from over 72 species, and a staff of 130. By 1990, 1,600 animals from more than 160 species lived in social groups, housed in 65 landscaped exhibits with boundaries conceived to look as natural as possible.

In 1987, the zoo began to display rare animals loaned by other zoos. The first animals displayed in this manner were the rare golden monkeys from China in 1987, which attracted more than half a million visitors. This was followed by white tigers from Cincinnati Zoo in 1988 and giant pandas from Wolong National Nature Reserve in 1990.[2]

On 1 August 2000, Singapore Zoological Gardens, Jurong Bird Park and Night Safari were integrated under Wildlife Reserves Singapore, under the umbrella of Temasek Holdings. The zoo underwent a restructuring to improve its efficiency and branding which included merging of shared services and expansion of consultancy services overseas. Night Safari, which began under the zoo, became a separate branding entity.

The restructuring of the zoo was not without controversy. Several key staff, including CEO Bernard Harrison, left as a result in 2002, citing differences in management style. In 2003, Wildlife Reserves Singapore launched a massive rebranding exercise, which was shelved due to widespread public disapproval. The name of the zoo was simplified to Singapore Zoo sometime by 2005.

As a result of the restructuring, more facilities were launched, such as a S$3.6 million Wildlife Healthcare & Research Centre in 2005. Existing infrastructure was revamped to further enhance the experience of visitors. The growth in revenue continued on an upward trend. 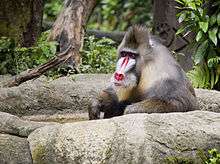 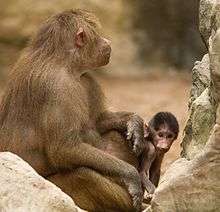 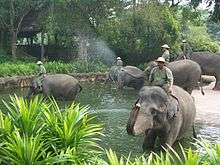 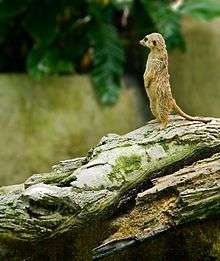 Animals are kept in spacious, landscaped enclosures separated from the visitors by dry and wet moats. The moats are concealed with vegetation or dropped below the line of sight. Dangerous animals that can climb well are housed in landscaped glass-fronted enclosures.

The zoo has not expanded beyond the original 28 hectares. However, 40 hectares of secondary forest were later developed into the Night Safari. The remaining undeveloped land has been kept as wooded land. This and the waters of Upper Seletar Reservoir contribute to the zoo, giving it a sense of natural, unrestricted space.

Strollers, wagons and wheelchairs can also be rented.

The Wildlife Healthcare & Research Centre was opened in March 2006 as part of the zoo's efforts in wildlife conservation. The centre further underscores Singapore Zoo and Night Safari's commitment to conservation research, providing the infrastructure for the parks and overseas zoological partners to better execute their research programmes. The Singapore Zoo is the first zoo in the world to breed a polar bear in the tropics. Inuka was conceived on 26 December 1990.[2]

"Breakfast with an Orangutan" allows visitors to meet and interact closely with the orangutans in the zoo, which has included Ah Meng (died on 8 February 2008) who was an icon of the Singapore tourism industry. Animal shows, as well as token feedings coupled with live commentaries by keepers, are also the daily staple in Singapore Zoo.

The "Rainforest Fights Back" show is housed in the Shaw Amphitheatre, the main amphitheatre in the zoo. Actors and performers act alongside the animals: in-show, a villainous poacher attempts to mow down a section of tropical rainforest for land development, and is foiled by the native people and the animals of the rainforest—orangutans, lemurs, pea-fowls, otters and cockatiels.

The "Elephants at Work and Play" show demonstrates how elephants are used as beasts of burden in south-east Asian countries. The animal caretakers are referred to as mahouts, and the show simulates how a mahout would instruct an elephant to transport logs or kneel so that they can be mounted.

The "Splash Safari" show exhibits the zoo's aquatic mammals and birds. Seals and sea lions perform tricks, and pelicans demonstrate how they catch fish in their beaks, while dolphins swim in the pond.

The "Animal Friends" show, housed in the Kidzworld amphitheatre in the zoo's children's section, features mostly domesticated animals such as dogs and parrots performing tricks.

There are three events venues in the zoo: Forest Lodge, Pavilion-By-the-Lake and Garden Pavilion. There are also three cocktail venues: Elephants of Asia, Tiger Trek and Treetops Trail. The Singapore Zoo also caters for birthday parties and weddings.

In early 1974, a hippopotamus named Congo escaped from the zoo and spent 47 days in the Seletar Reservoir.[8]

On 13 November 2008, two Bengal white tigers mauled a zoo cleaner to death after he jumped into a moat surrounding their enclosure and taunted the animals.[10]