According to the 2011 Census there were 3,570 Canadians who claimed Coptic ancestry (this figure combines single and multiple ethnic origin responses).[2] An additional 73,250 Canadians claimed Egyptian ancestry, and some of these are believed to be Copts.[2]

The Canadian Coptic Association estimates that there are some 350,000 Copts living in Canada; according to CBC News, "if other sects with strong ties to the Coptic community are included, the figure is possibly higher still."[3] Toronto and the surrounding metropolitan region have the largest concentration of Copts in Canada.[3] 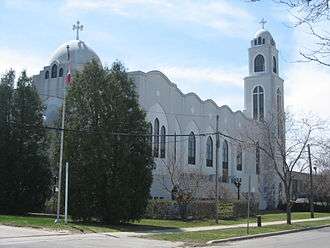 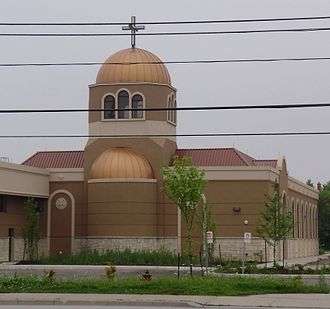 The immigration of the Copts to Canada might have started as early as the late 1950s. Due to an increasing amount of discrimination towards Copts in Egypt in the 1970s, many decided to emigrate in order to escape the rising racial tensions. Canada has been receiving a greater number of these immigrants, and the number of Coptic immigrants into Canada has been growing ever since.[4]

In 2011, there were five Coptic Orthodox churches in Montreal.[7]