Iranian Canadians or Persian Canadians[2][3] are citizens of Canada whose national background is traced from Iran or people possessing Iranian and Canadian dual citizenship.[4] from the 2006 Canadian census and the main communities can be found in Southern Ontario, British Columbia, and Quebec; the vast majority, however, live in the northern suburbs of Toronto such as Richmond Hill, Vaughan, Markham, and Thornhill, and in the municipalities of Vancouver such as: North Vancouver, West Vancouver, Burnaby, and Coquitlam. An estimated total of 46,255 Iranians currently reside in the Greater Toronto Area, 29,265 in the Greater Vancouver Area, 9,535 in the Greater Montreal Area, and the remainder are spread out in the other major cities in Canada based on the 2006 Canadian Census.

However, these numbers only represent the people who immigrated from Iran (Persia) and filled out the census survey. There are an estimated 50,000 more Iranians who did not fill out the survey and were born outside Iran including Canada. Estimated numbers for Toronto are around 65,000; in Vancouver they range up to 40,000 and in Montreal there are not more than 15,000.

Editorial team of Shahrvand weekly in Toronto, the largest Persian newspaper in Canada 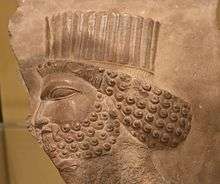 The Ghermezians, a Iranian-Canadia family, owns the West Edmonton Mall.

ITC TV, one of the Persian-language TV stations in Toronto

Various Persian-language media (including TV and newspapers) are active in Canada, including Shahrvand and Salam Toronto, which cover local events as well.[11]