This article is about the county in southeastern Missouri. For the city in Bates County, in western Missouri, see Butler, Missouri.

Butler County is a county located in the southeast Ozark Foothills Region in the U.S. state of Missouri. As of the 2010 Census, the county's population was 42,794.[1] The largest city and county seat is Poplar Bluff.[2] The county was officially organized from Wayne County on February 27, 1849, and is named after former U.S. Representative William O. Butler (D-Kentucky), who was also an unsuccessful candidate for Vice President of the United States.[3] The first meeting in the Butler County Courthouse was held on June 18, 1849.

According to the Association of Religion Data Archives County Membership Report (2010), most residents (58.00%) in Butler County do not adhere to a religion.

Among those who do adhere to a religion (42.00%), the majority of Butler County residents' religious affiliations are:

The main religious families among all adherents in Butler County are:

Of adults 25 years of age and older in Butler County, 70.5% possesses a high school diploma or higher while 11.6% holds a bachelor's degree or higher as their highest educational attainment.

The Republican Party completely controls all politics at the local level in Butler County.

Butler County is divided into two legislative districts in the Missouri House of Representatives:

All of Butler County is included in Missouri's 25th Senatorial District and is represented by Republican Doug Libla[19] in the Missouri Senate.

Butler County is included in Missouri's 8th Congressional District in the U.S. House of Representatives and is represented by Jason T. Smith (Republican).

Voters in Butler County from both political parties supported candidates who finished in second place in the state at large and nationally. 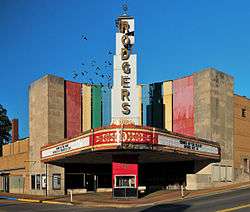