Vijayadasami (Sanskrit: विजयदशमी) also known as Dussehra (Sanskrit: दशहरा) an important Hindu festival celebrated in a variety of ways in India and Nepal.[3]

The day marks the victory of Shri Rama over Ravana in Treta Yuga. The day also marks the victory of Durga over the demon Mahishasura, in a later yuga (Dwapar yuga). The goddess fought with evil for ten days and nine nights. It is also celebrated in Rashtriya Swayamsevak Sangh.[5]

In Jammu and Kashmir, Himachal Pradesh, Gujarat, Rajasthan, Sindh, Uttar Pradesh, Haryana, Punjab, Uttarakhand and Bihar, it is tradition to plant barley in earthen pots on the first day of Navaratri. On the day of Dasara, the nine-day-old sprouts (called noratras or nortas) are used for luck; women place them on their brother's caps or behind their ears.

In most of northern India and some parts of Maharashtra, Dasha-Hara is celebrated in honour of Rama. Plays based on the Ramayana (Ramlila) are performed at outdoor fairs, and large parades with effigies of Ravana (a king of ancient Sri Lanka), Kumbhakarna and Meghanada are held. The effigies are burnt on bonfires in the evening. After Dasara, the hot summer ends (especially in North India) and the onset of cold weather is believed to encourage infections. The burning of the effigies, filled with firecrackers containing phosphorus, supposedly purifies the atmosphere.

In the Kumaon region of Uttarakhand, Dasara begins with the performance of a Ramlila based on theatrical traditions begun by Uday Shankar during his stay in Almora and elaborated by Mohan Upreti and Brijendra Lal Sah. Known as the Almora or Kumaon style, the Ramlila was recognised by UNESCO in its 2008 report as a representative Indian style.[6]

Kullu Dussehra, celebrated in the Kullu valley of Himachal Pradesh, begins on the tenth day of the rising moon and continues for seven days.[7] Its history dates back to the 17th century, when King Jagat Singh installed an idol of Raghunath on his throne as a gesture of penance. After this, Raghunath was declared the ruling deity of the valley.

Vijayadasami, celebrated in a variety of ways in South India, is seen as a day to express gratitude for success in life.[8] Celebrations range from worshipping Durga to displaying colorful figurines, known as a golu. To respect the deities' sacrifices, Hindus revere Murties (small statues of gods and goddesses) during festivals. Telangana celebrates unique festival called bathukamma.

In Kerala, the last three days of Navarathri is considered as very special for students. On the day of Ashtami, books and study materials are kept for pooja, pustaka pooja (worship of books) is performed since Ashtami to Vijayadasami. Vijayadasami is an occasion of Vidyarambham (initiation of studies) among the Hindus. Ayudha pooja (worship of the tools used by working class) is also observed on the day of Mahanavami. 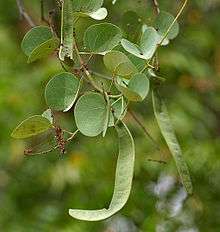 The bidi leaf (apta) tree, whose leaves are exchanged on Vijayadashami

Ayudha Puja and Vidyarambhan at a household

Marigold (tagetes patula) flowers, known in Marathi as jhendu (झेंडू), are popular at this time.

In Maharashtra,[9] the deities installed on the first day of Navratri are immersed in water. Observers visit each other and exchange sweets. All the gods and goddesses are worshipped and are offered marigold flowers, gold(aplya leaves) and 'dhaan' (The nine day old sprouts of the seven grains sown in black soil are called dhaan).

The bidi leaf (apta) tree is worshiped, and its leaves (signifying gold) are exchanged as wishes for a bright, prosperous future. The tradition of apta leaves is symbolic of Raghuraja, an ancestor of Rama and Kubera. Communities of artisans worship their tools, resting them on this day. Saffron-coloured marigolds, popular during the festival, are used for worship and decoration.[10]

Ayudha Puja or Shastra Puja is performed on the day of Dasara. The weapons, tools, all musical instruments, books, etc. are worshipped with marigold flowers, 'dhaan', kunku, sandalwood paste, halad, incense sticks,etc. Images of goddess Saraswati, Lakshmi and Parvati are also worshipped. Vidyarambhan, the start of learning is done for small kids, where they are made to write their first letters after worshipping goddess Saraswati.

For Maharashtrians, Dasara is one of the three and a half auspicious Muhurtas. New things are bought on this day. This day is considered auspicious for shopping.

In Eastern India, mainly in West Bengal and some parts of Assam, it is celebrated as the last day of worship of Goddess Durga. On Vijoya Dashami, the idol of Goddess Durga is immersed in rivers.

Followers of B. R. Ambedkar (Ambedkarite Buddhists) celebrate the festival as Ashok Vijayadashmi, since the Mauryan Emperor Ashoka is believed to have converted to Buddhism on this day.[11] Ambedkar converted to Buddhism on this day at Deekshabhoomi, Nagpur in 1956, which fell on 14 October that year. A festival and congregation is held at Nagpur, Maharashtra. Ambedkarite Buddhists organize community celebrations with speeches, meals and Buddhist-themed entertainment.