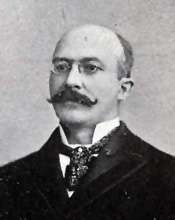 Born in Simcoe, Norfolk County, Ontario, Canada, Hardy pursued a college course and studied law. He came to the United States in 1864, taking a commercial course at Eastman College, Poughkeepsie, New York. He went to New Orleans in 1869, where he engaged in newspaper work until 1873, when he moved to Natchez, Mississippi. He conducted a Republican newspaper until 1877. He served as collector of the port of Natchez under appointment of President Grant. He moved to Washington, Indiana, in 1884. He was admitted to the bar in 1884 and commenced practice in Terre Haute, Indiana.