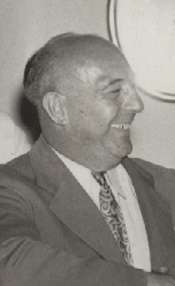 Born in St. Bernard Township, Platte County, Nebraska, Schulte attended the public schools of St. Bernard Township, Nebraska. He moved with his parents to Hammond, Indiana, where he attended high school and received a business training. He engaged in the theatrical business until 1918. He was also interested in agricultural pursuits. He served as member of the city council of Hammond, Indiana from 1918 to 1922. He resumed the theatrical business until 1932.

Schulte was elected as a Democrat to the Seventy-third and to the four succeeding Congresses (March 4, 1933 – January 3, 1943). He was an unsuccessful candidate for renomination in 1942 to the Seventy-eighth Congress. He was a coordinator of field operations in the labor division of the War Production Board, Washington, D.C. from 1942 to 1944. He returned to Lake County, Indiana, and engaged in agricultural pursuits, engaged in the automobile business at Michigan City, Indiana, from October 1947 to March 1949. Sales representative of a construction machinery firm. He died in Hammond, Indiana, on December 7, 1966. He was interred in St. Joseph's Cemetery.

In 1934 he sponsored a bill, the Alien Exclusion Act, which aimed, among other things, to prevent the employment of foreign nationals in border cities,