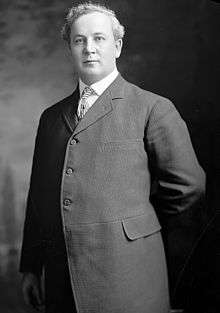 Born in Brighton, Indiana, Gilhams attended the common local schools and Indiana State University at Terre Haute, Indiana and became a school teacher. He was employed as a salesman. An auditor of Lagrange County in 1894–1902, he later engaged in the life insurance business.

Gilhams was elected as a Republican to the Fifty-ninth Congress to fill the vacancy caused by the resignation of Newton W. Gilbert. He was reelected to the Sixtieth Congress and served from November 6, 1906, to March 3, 1909. He was an unsuccessful candidate for reelection in 1908 to the Sixty-first Congress. He studied law. He was admitted to the bar in 1910. He resumed the life insurance business. He died in Lagrange, Indiana, June 5, 1912. He was interred in Greenwood Cemetery.