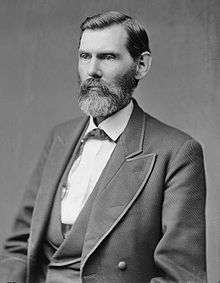 Born near Brownsville, Indiana, Cason moved to Boone County with his parents, who settled on a farm near Thorntown in 1832. He attended the common schools. He taught school in Boone County for several years. He studied law in Crawfordsville, Indiana. He was admitted to the bar in 1850 and commenced practice in Lebanon, Indiana. He served as member of the State house of representatives 1861–1864. He served as member of the State senate 1864–1867. He was appointed by Governor Conrad Baker common pleas judge of Boone County in April 1867 and was subsequently elected to the same office in October 1867 for a term of four years. He declined reelection and resumed the practice of law.

Cason was elected as a Republican to the Forty-third and Forty-fourth Congresses (March 4, 1873 – March 3, 1877). He was an unsuccessful candidate for renomination in 1876. He resumed the practice of law in Lebanon, Indiana. He retired in 1897 and moved to Washington, D.C., where he died July 10, 1901. He was interred in Oak Hill Cemetery, Lebanon, Indiana.