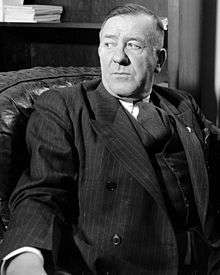 Born on a farm in Rush County, near Dunreith, Indiana, Springer attended the public schools, Earlham College, Richmond, Indiana, and Butler University, Indianapolis, Indiana. He was graduated from the Indiana Law School at Indianapolis in 1904. He was admitted to the bar in 1904 and commenced practice in Connersville, Indiana. County attorney of Fayette County, Indiana from 1908 to 1914. He served as judge of the thirty-seventh judicial circuit of Indiana 1916-1922. During the First World War served as a captain of Infantry, Eighty-fourth Division, in 1918. He served as lieutenant colonel of the Officers' Reserve Corps 1918-1946. He was an unsuccessful candidate for Governor of Indiana in 1932 and 1936.

Springer was elected as a Republican to the Seventy-sixth and to the four succeeding Congresses and served from January 3, 1939, until his death in Connersville, Indiana, August 28, 1947. He was interred in Dale Cemetery.