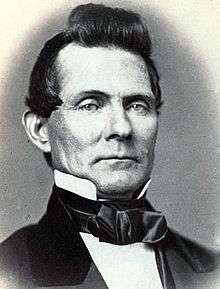 Born in Harrison County, Kentucky, Kilgore moved with his father to Franklin County, Indiana, in 1819. He attended the common schools. He studied law. He was admitted to the bar in 1830 and commenced practice in Yorktown, Indiana. He served as member of the State house of representatives 1833–1836, 1838, 1839, and 1855, and served as speaker in 1855. He served as president judge of the Yorktown circuit 1839–1846. He served as delegate to the State constitutional convention in 1850. He was also one of the pall bearers for Mr. Lincoln when the procession came through Indianapolis.

Kilgore was elected as a Republican to the Thirty-fifth and Thirty-sixth Congresses (March 4, 1857 – March 3, 1861). He served as delegate to the Union National Convention which met in Philadelphia August 14, 1866. He died near Yorktown, Indiana, January 22, 1879. He was interred in Mount Pleasant Cemetery, near Yorktown, Indiana. David Kilgore was a great-grandfather of Bernard (Barney) Kilgore, legendary editor and publisher of The Wall Street Journal.