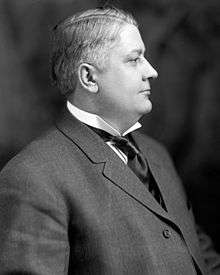 Born on a farm near Warren in Salamonie Township, Indiana, Rauch attended the common schools and Valparaiso (Indiana) Normal School (now Valparaiso University). He was graduated from the Northern Indiana Law School at Valparaiso in 1902. George was admitted to the bar the same year and commenced the practice of law in Marion, Indiana.

Rauch was elected as a Democrat to the Sixtieth and to the four succeeding Congresses (March 4, 1907 – March 3, 1917). He was an unsuccessful candidate for reelection in 1916 to the Sixty-fifth Congress. He resumed the practice of his profession in Marion, Indiana, served on the board of directors of the Motor Securities Corporation and as president and treasurer of the Davis Records Co.. He was appointed a Federal bank receiver for banks in Swayzee, Sheridan, and Marion, Indiana, serving from 1930 to 1939. He served as member of the city school board 1927–1933. He died in Marion, Indiana, November 4, 1940. He was interred in Masonic Cemetery, Warren, Indiana.