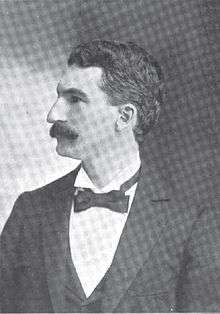 Born on a farm near Fort Wayne, Indiana, Robinson attended the public schools. He studied law. He was admitted to the bar in 1882 and commenced practice in Fort Wayne, Indiana. He served as prosecuting attorney for the thirty-eighth judicial circuit of Indiana 1886-1890. He resumed the practice of law.

Robinson was elected as a Democrat to the Fifty-fifth and to the three succeeding Congresses (March 4, 1897 – March 3, 1905). He was an unsuccessful candidate for reelection in 1904 to the Fifty-ninth Congress. He continued the practice of law in Fort Wayne, Indiana, until 1908. He moved to Los Angeles, California, in 1911. He died in Los Angeles, January 16, 1942. He was interred in Lindenwood Cemetery, Fort Wayne, Indiana.