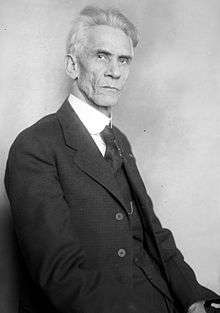 Born in a log cabin near Wapakoneta, Ohio, Fairfield moved to Allen County, Ohio, in 1866 and resided on a farm near Lima. He attended the public schools. He moved to Middle Point, Ohio, in 1872. He taught school for six months, and then attended the Ohio Northern University at Ada in 1876. He continued teaching and attending school until 1888. He was editor of the Hardin County Republican at Kenton, Ohio, in 1881 and 1882. He taught school in Middle Point in 1883 and 1884. He moved to Angola, Indiana, in 1885, being selected to assist in the building of Tri-State College, Angola, Indiana. He served as vice president of and teacher at Tri-State College 1885-1917. He was an unsuccessful candidate for the State senate in 1912.

Fairfield was elected as a Republican to the Sixty-fifth and to the three succeeding Congresses (March 4, 1917-March 3, 1925). He served as chairman of the Committee on Insular Affairs (Sixty-eighth Congress). He was an unsuccessful candidate for renomination in 1924. Occasionally engaged as a lecturer and resided in Angola, Indiana. He died in Joliet, Illinois, while on a visit, February 20, 1930. He was interred in Circle Hill Cemetery, Angola, Indiana.