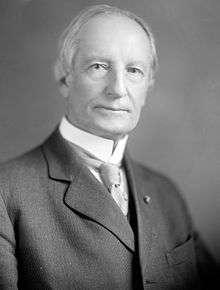 Born in Germantown, Ohio, Comstock attended the common schools, and was graduated from the Ohio Wesleyan University, Delaware, Ohio, in 1860. He studied law. He was admitted to the bar in 1861 and commenced practice in New Castle, Indiana. He served as district attorney in 1862. During the Civil War enlisted in the Ninth Indiana Cavalry and was successively promoted to regimental sergeant major, first lieutenant, captain, and acting assistant adjutant general in the military division of Mississippi. He settled in Richmond, Indiana, in 1866. City attorney in 1866. He served as prosecuting attorney of the Wayne circuit court 1872–1874. He served as member of the State senate in 1878. He served as judge of the seventeenth judicial circuit 1886–1895. He served as judge of the appellate court 1896–1911. He resumed the practice of law.

Comstock was elected as a Republican to the Sixty-fifth Congress and served from March 4, 1917, until his death in Washington, D.C., May 19, 1917. He was interred in Earlham Cemetery, Richmond, Indiana.