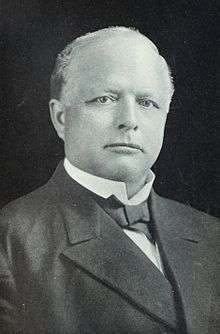 Born near Mansfield, Ohio, Cline moved to Steuben County, Indiana, in 1858 with his parents, who settled near Angola. He attended the Angola High School, and was graduated from Hillsdale College, Michigan, in 1876. Cline was the Superintendent of the schools of Steuben County 1877-1883. He studied law. He was admitted to the bar and began practice in Angola, Indiana, in 1884.

Cline was elected as a Democrat to the Sixty-first and to the three succeeding Congresses (March 4, 1909-March 3, 1917). He served as chairman of the Committee on Expenditures on Public Buildings (Sixty-second Congress). He was an unsuccessful candidate for reelection in 1916. He resumed the practice of law in Angola, Indiana, where he died. He was interred in Circle Hill Cemetery.