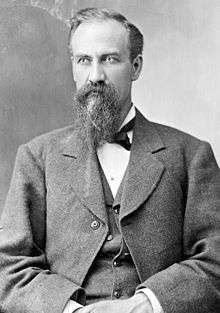 Born in Parma, New York, Baker moved with his parents to the present county of Fulton, Ohio. He attended the public schools and was a teacher before receiving an A.M. from Wesleyan University in 1879. He read law in Adrian, Michigan and was admitted to the bar in 1857, commencing practice in Goshen, Indiana. He served as member of the Indiana State Senate in 1862, but, being a notary public at the time, was unseated because the Constitution of Indiana forbade the simultaneous holding of two lucrative offices.

Baker was elected as a Republican to the Forty-fourth, Forty-fifth, and Forty-sixth Congresses (March 4, 1875 – March 3, 1881). He declined to be a candidate for renomination in 1880, and resumed the practice of law in Goshen. He served as delegate to the 1888 Republican National Convention.

On March 24, 1892, President Benjamin Harrison nominated Baker to a seat on the United States District Court for the District of Indiana vacated by William A. Woods. Baker was confirmed by the United States Senate on March 29, 1892, and received his commission the same day. Baker retired on December 8, 1902, and thereafter resided in Goshen until his death. He was interred in Oak Ridge Cemetery.