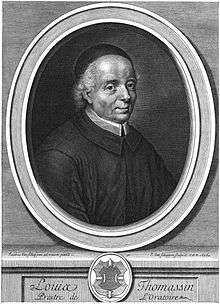 At the age of thirteen he entered the Oratory and for some years was professor of literature in various colleges of the congregation, of theology at Saumur, and finally in the seminary of Saint Magloire, in Paris, where he remained until his death.

Thomassin was one of the most learned men of his time, "Vir stupendae plane eruditionis", as Hugo von Hurter says, in his Nomenclator literarius recentioris II (Innsbruck, 1893), 410. 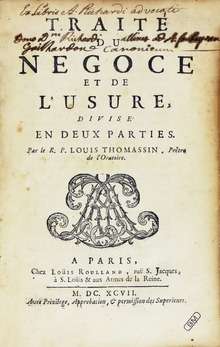 His chief works are:

The last-named two posthumous works were published by P. Bordes, who wrote a life of Thomassin at the beginning of the "Glossarium".