The 2016 United States presidential election in Maryland was held on November 8, 2016, as part of the 2016 General Election in which all 50 states plus The District of Columbia participated. Maryland voters chose electors to represent them in the Electoral College via a popular vote pitting the Republican Party's nominee, businessman Donald Trump, and running mate Indiana Governor Mike Pence against Democratic Party nominee, former Secretary of State Hillary Clinton and her running mate, Virginia Senator Tim Kaine.

On April 26, 2016,[1] in the presidential primaries, Maryland voters expressed their preferences for the Democratic, and Republican parties' respective nominees for President. Registered members of each party only voted in their party's primary, while voters who were unaffiliated only voted in nonpartisan primary elections (e.g. School Board).[2] 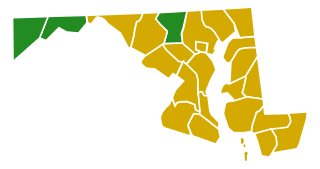 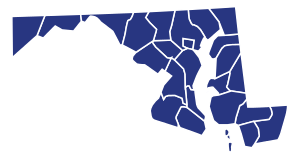