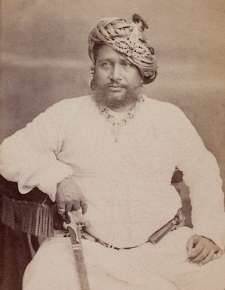 The State of Balasinor was a princely state in Balasinor during the era of British India and founded by Sardar Muhammed khan Babi. The last ruler of Balasinor signed the accession to join the Indian Union on 10 June 1948. Its rulers belonged to the family of Babi or Babai (Pashtun tribe) tribe. The state was founded [1] by the Junagadh Babis, related to famous Bollywood actress Parveen Babi.

Another famous titular princess of the kingdom is Aaliya Sultana Babi, who in 2009 travelled to Ingatestone in the UK to find a husband. Her trip was recorded in BBC Three's Undercover Princesses. The scion of this family, Salauddinkhan Babi participated in a similar show in the Netherlands in 2010 in which he was trying to find a wife. He lived and worked in Amsterdam.The show is currently on air on SBS6 in the Netherlands. It is called "Coming to Holland". Nawabzada Salauddin was invited by TLC USA to participate in a TV show called Secret Princes which was aired on TLC USA beginning 21 September 2012. It is a show based on the Undercover Princes. Salauddin lived and worked in Atlanta undercover for this show along with three other aristocrats.[5][6]