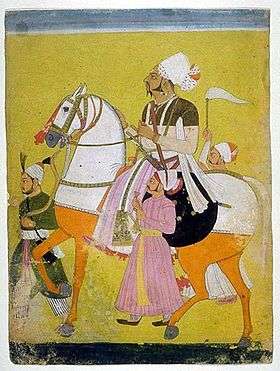 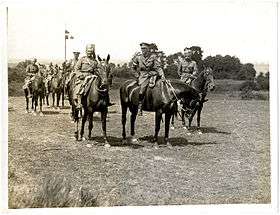 Ratlam State[1] was a princely state in India, part of the Malwa Agency of Central India during the British Raj.

The state's capital was Ratlam town in modern Ratlam district of Madhya Pradesh. Ratlam was originally a huge state, but the then ruler Ratan Singh opposed Auranzeb in the Battle of Dharmatpur and was killed after a brave fight. The state was then reduced and the title of Maharaja was eventually stripped away; the title was later restored by the British during Maharaja Sajjan Singh's rule. On 5 January 1819 Ratlam State became a British protectorate.[2]

The state was founded in 1652. The first Ruler was Maharaja Ratan Singh who married 12 wives, among them Maharani Sukhroopde Kanwar Shekhawat Ji Sahiba, daughter of Kunwar Purshottam Das of Jhajhar (Shekhawati) in Rajasthan. She committed sati in 1658.still shree ji maharaj natwar singh of ratlam is belonging to his family and living in jaipur. state had an area of 1795 km2, which was closely interlaced with the territory of the princely State of Sailana. In 1901, the state had a population of 83,773; the town of Ratlam had a population of 36,321. The state enjoyed an estimated revenue of Rs.34,000 and paid a tribute of Rs.2,850. The town was a junction on the Rajputana-Malwa Railway, and was an important trade centre, especially of opium.

Ratlam was initially held by its chiefs in vassalage to the Sindhia rulers of Gwalior State, but on 5 January 1819 it became a British protectorate, following which an arrangement was made by which the Sindhia engaged never to send any troops into the country or to interfere with the internal administration. In 1861 the tribute was assigned to the British government in part as payment of the Gwalior contingent.

The state's last ruler signed the instrument of accession to the Indian Union on 15 June 1948.

For a long period the Ratlam region was under rule of the Rathors. The rulers belonged to the Suryavanshi Rathore line to which the Maharajas of Jodhpur State, Bikaner State and Kishangarh State also belonged.