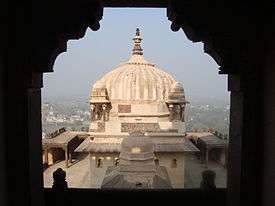 The state was administered as part of the Bundelkhand Agency of Central India. It lay in the extreme north-west of Bundelkhand, near Gwalior, and was surrounded on all sides by other princely states of Central India, except on the east where it bordered upon the United Provinces. 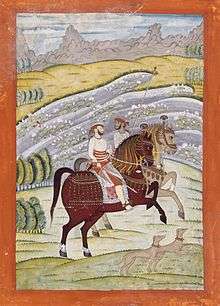 Datia had formerly been a state in the Bundelkhand region founded in 1626. The ruling family were Rajputs of the Bundela clan; they descended from a younger son of a former raja of Orchha.[2]

The following rulers carried the title "Maharaja Raja Lokendra".[4] The title came into effect from the year 1877:

From 1893 there were primitive stamps bearing the name 'DUTTIA STATE' and also 'DATIA STATE'. The first issue is among the rarest of all Indian princely state stamps. A total of 29 series of stamps were issued until 1920. From 1921 only Indian Stamps were valid.[5]