Hvalsø is a town and a former municipality (Danish, kommune) in Region Sjælland on the island of Zealand (Sjælland) in east Denmark. The former municipality covered an area of 72 km², and had a total population of 7,856 (2005). Its last mayor was Virginia Holst, a member of the Venstre (Liberal Party) political party. She was the first foreign national becoming mayor in a Danish municipality.[1]

The town of Hvalsø (officially called Kirke Hvalsø) is located almost equidistant from the larger towns of Roskilde to the northeast, Ringsted to the south, and Holbæk to the northwest. On 1 January 2015 the town has a population of 4,035.[2]

The large, state-owned and managed, wooded area, Bidstrup Woods (Bidstrup Skovene), is located south of the town, and offers many recreational possibilities. There is a system of hiking trails, some connecting to neighboring Skjoldenæsholm Forest District (Skjoldenæsholm Skovdistrikt).

As a railway station town, Hvalsø has regional train connections to Copenhagen, Roskilde, Holbæk and Kalundborg.

Hvalsø will house the municipal council in the new Lejre municipality.

The municipality was created in 1970 as the result of a kommunalreform ("Municipality Reform") that combined a number of existing parishes: 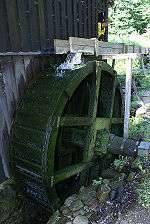