Skive is a town in Skive municipality (Danish, Skive Kommune) in Region Midtjylland at the base of Salling Peninsula, a part of the larger Jutland peninsula in northwest Denmark. It is the municipality's main town and the site of its municipal council. 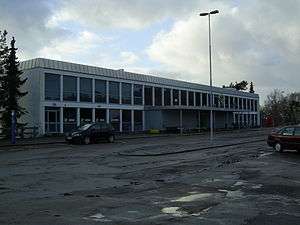 Skive is served by Skive railway station. It is located on the Langå-Struer railway line and offers direct InterCity services to Copenhagen and Struer and regional train services to Aarhus and Struer.

Skive is twinned with: