Sainte-Marie-du-Mont is a commune in the Manche department and in the region of Normandy in north-western France. The commune has 740 inhabitants.[note 1]

Saint-Marie-du-Mont is located in the southeast of the Cotentin Peninsula, just north of the town of Carentan, and west of the Baie des Veys, the outlet of the Douve and the Vire.

The commune has a vast area in relation to neighbouring communes, it is bordered to the east by the English Channel, on the north by Audouville-la-Hubert, northwest by Turqueville, west by Bouteville, by Hiesville to the southwest and to the south by Brucheville and Brévands. 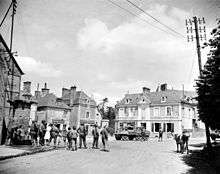 It is best known for being the scene of a military engagement between the American 101st Airborne Division and the German Wehrmacht on D-Day, June 6, 1944.

On June 6, 2012, the 68th Anniversary of the D-Day landings, a 12-foot tall bronze statue in veteran Richard Winters' likeness was unveiled near the village[1][2] Winters only agreed for the statue to bear his resemblance on the condition that the monument would be dedicated to all junior officers who served and died during the Normandy landings.[3] 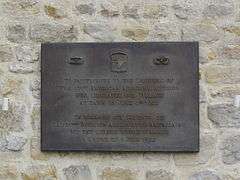 In the hamlet of La Madeleine, a monument in honour of the Danish sailors was erected. 800 of them took part in the logistics of landing on allied ships.[4] 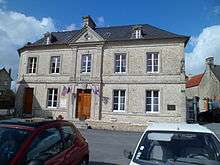 Since February 2010, Sainte-Marie-du-Mont, Sainte-Mère-Église and Ravenoville have formed a grouping of "communes touristiques".[11] 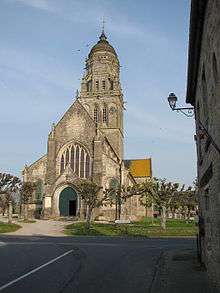 The church of Notre-Dame de l'Assomption

The castle of Sainte-Marie-du-Mont, registered as an historic building[12] 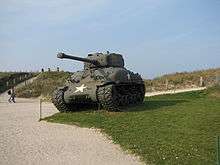 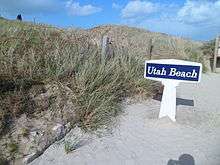 Personalities linked to the commune