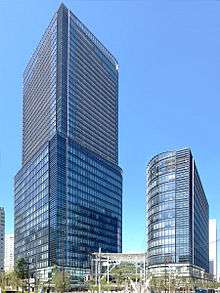 Awajichō is located in the northern part of Chiyoda. It borders Soto-Kanda to the north, Kanda-Sudachō to the east, Kanda-Ogawamachi to the south, and Kanda-Surugadai to the west.

DIC Corporation, a global chemical company is headquartered in the district.[1]