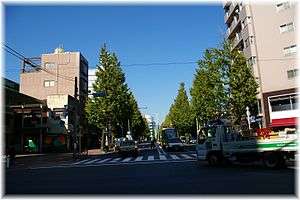 Located at the southwestern end of Minato, the neighborhood of Shirokanedai lies between Ebisu, Kamiōsaki and Higashigotanda on the west, Takanawa on the east, and Shirokane on the north. Shopping amenities and apartment buildings are densely spread along Meguro-dori, Gaien Nishi-dori and Sakurada-dori; however, most in Shirokanedai are quiet residential areas. Shirokanedai remains abundant in natural green space, for historically Shirokanedai-cho was home to the former imperial estate called Shirokane Goryochi (now the Institute for Nature Study and the Tokyo Metropolitan Teien Art Museum are located) and several national institutions such as the former Institute of Public Health and the former Institute of Infectious Diseases (now the Institute of Medical Science, University of Tokyo). Later, Shirokanedai came to be considered as one of the most upmarket residential areas in Tokyo, and women resident there — stereotypically wealthy, idle and fashion-conscious — are jocularly referred to as shiroganeeze (シロガネーゼ), an imitation of Milanese for residents of Milan. The most famous street in this area is Gaien Nishi-dori, popularly known as Platinum Street (プラチナ通り, Purachina-dori), a sort of local equivalent of the prestigious Via Montenapoleone in Milan. The restaurants in this street are very popular for wedding ceremonies. 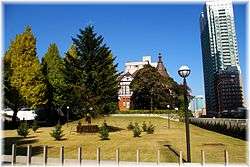 The Shoei Girls' Junior and Senior High School, a private girls' school, is in Shirokanedai.[1]