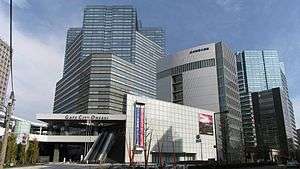 Rissho University, its predecessor established in 1580 and reorganized into a university in 1924, is a private university with the main campus in Ōsaki. The 55th Prime Minister of Japan Tanzan Ishibashi served as this school's president from 1952 to 1968.

Ōsaki is now one of the seven "secondary city centers" (副都心, Fukutoshin) officially designated by the Tokyo Metropolis.

Ōsaki is well connected to other areas in Tokyo through rail and road transport. Ōsaki Station is on the Yamanote line. Ōsaki also has Ōsaki-Hirokōji Station on the Tōkyū Ikegami Line.