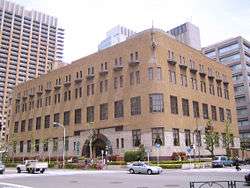 This district is located on the northern part of Chiyoda. It borders Kanda-Ogawamachi and Kanda-Jinbōchō to the north, Uchi-Kanda and Kanda-Mitoshirochō to the east, Ōtemachi to the south, and Hitotsubashi to the west. The Nihonbashi River forms its southern boundary.