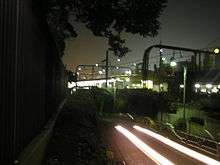 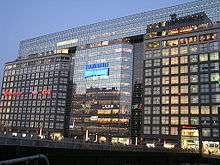 Sendagaya (千駄ヶ谷) is an area within Shibuya ward, one of the 23 special wards of Tokyo. 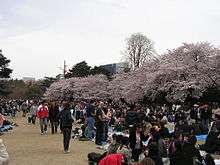 Sendagaya is nestled in an urban green area in Shibuya ward between Shinjuku ward and Shinjuku Gyoen (Shinjuku Imperial Gardens) to the north (an area in Sendagaya, 6-chome, is actually located within the gardens). The National Stadium, also known as Olympic Stadium, Tokyo is located to the east. Meiji Shrine and Yoyogi Station are found to the west. Jingumae and Harajuku are directly south. Many important cultural and sporting venues are located in and around Sendagaya.

Sendagaya is a mix of old, new, and incredibly futuristic designs. From Sendagaya Station, the main station in Sendagaya, bustling Shinjuku is a tranquil 10-minute walk away along the Imperial Gardens' western wall. Sendagaya Entrance to the gardens is 2 minutes away from Sendagaya Station.

Sendagaya, particularly 3-chome, is home to dozens of clothing and accessory design workshops, studios, offices, and fashion related agencies, including the mega-brand Bape. The narrow streets are filled daily with the hustle and bustle of courier companies picking up next season's designs and delivering the finished product.

Sendagaya includes several theaters and organizations related to the arts, such as the National Noh Theatre, designed by Hiroshi Oe and completed in 1983. Also, the Kinokuniya Southern Theater, the classical music Tsuda Hall (津田ホール), the Japan Federation of Composers, the Japan Theatre Arts Association, the Japan Association of Music Enterprises, the Tokyo Nikikai Opera Foundation, a troupe of opera singers dedicated to promoting and developing the western music movement, and the Japanese Centre of the International Theatre Institute are located in Sendagaya. 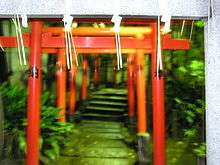 A few minutes walk from the station, is the Hato no Mori Hachiman Shrine (鳩森八幡神社, Hato no mori hachiman jinja), an oasis of calm with its 300-year-old pine trees. This small shrine is a place of historical importance in Shibuya. Within the shrine, there is a stage for Japanese performing arts and a fujizuka, a replica of Mount Fuji made from stones carried from Mt. Fuji. Fujitsuka were common in Japan during the Edo Period and were constructed to allow people to make a symbolic pilgrimage to the sacred Mt. Fuji when travel between domains (han) was not permitted for commoners under most circumstances. This fujitsuka is one of the few that survive in Tokyo.

A number of sports' complex are found nearby Sendgaya Station including the Olympic Stadium, Tokyo (which actually sits in Shinjuku-ku) built for the 1958 Asian Games and subsequently used for the 1964 Summer Olympics. Near the stadium, are other important venues, such as Meiji Jingu Skate and Curling Rink and Futsal Courts, the Meiji-Jingu Stadium used by the Yakult Swallows baseball team, Jingu Secondary Stadium, Chichibunomiya rugby stadium, and the Tokyo Metropolitan Gymnasium (東京体育館).

Modern Japanese architecture is on display directly in front of Sendagaya Station at the metro gymnasium, which houses an Olympic size swimming pool, as well as a shorter 25m pool; an outdoor oval running track; a weight training room; and large indoor arena (photo opposite). The futuristic designed main arena, half built below ground, which seems to hover over the surrounding area, is used for a number of national and international sporting events, including the WTA Toray Pan Pacific Tennis Championships. The Tokyo Metropolitan Gymnasium, built in 1991, was designed by Japanese architect and Pritzker Prize winner Fumihiko Maki. 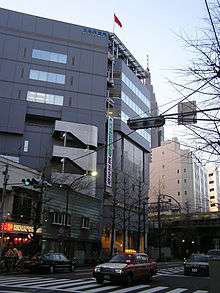 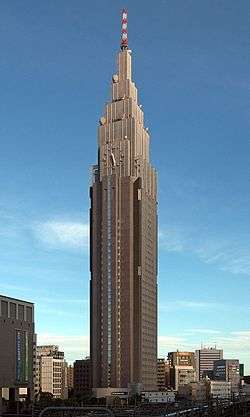 Also, JR Harajuku on the Yamanote Line can be found nearby.

The Royal Platform (宮廷ホーム), used by the Japanese Imperial Family during special occasions, is located along the Yamanote Line in Sendagaya 3-chome.

The Shuto Expressway (首都高速道路 Shuto-kōsoku-dōro ) passes above Sendagaya running beside the Sobu Line tracks. On/Off ramps for the expressway are in Sendagaya and the neighbouring Shinanomachi area.