James Randy Forbes (born February 17, 1952) is an American politician. A member of the Republican Party, he is the U.S. Representative for Virginia's 4th congressional district, serving since 2001.

Prior to joining the United States Congress, he was a member of the Virginia House of Delegates, Virginia State Senate, and Chairman of the Republican Party of Virginia. Forbes currently sits as Chairman of the Seapower and Projection Forces Subcommittee of the House Armed Services Committee .

Forbes was born in Chesapeake, Virginia, the son of Thelma and Malcolm J. Forbes.[1] Forbes graduated first in his class from Randolph-Macon College in 1974.

He received his Juris Doctor from the University of Virginia School of Law in 1977. Forbes worked in private practice for Kaufman & Canoles PC.[2]

Forbes served in the Virginia House of Delegates from 1989 to 1997 and the Virginia State Senate from 1997 to 2001. He was first elected to the House in 2001 to fill a vacancy caused by the death of ten-term Democratic Congressman Norman Sisisky; defeating Democratic State Senator Louise Lucas 52–48%.[3] After the 4th district was reconfigured as part of redistricting. He ran unopposed by Democrats in 2002 and 2006. In 2004, he faced Jonathan R. Menefee, and won with 65% of the vote.[4] He faced Wynne LeGrow in the 2010 election, and was easily re-elected with 62% of the vote. In 2012, he defeated Chesapeake City Councilwoman Ella Ward with 57% of the vote.

Forbes was Chairman of the Republican Party of Virginia from 1996 to 2001. On February 8, 2016, he announced that he would run for election to Virginia's 2nd Congressional District in November 2016, after the 4th District, where he had previously held office, was redrawn to cover most of the majority-black areas in and around Richmond. The 2nd is currently an open seat being vacated by Scott Rigell.[5] 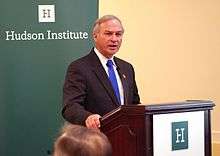 Forbes is the current Chairman of the House Armed Services Committee's Seapower and Projection Forces subcommittee, which exercises oversight and legislative jurisdiction over the US Navy, US Marine Corps, US Air Force bomber and mobility (e.g., aerial refueling and airlift) assets, Navy Reserve equipment, and maritime programs. Before his appointment to this position in 2013, he was Chairman of the HASC Readiness subcommittee during the 112th Congress.

In 2012, he organized a nationwide listening tour titled "Defending Our Defenders" which was aimed at bringing public awareness to the looming impact of sequestration on national defense. Forbes voted against the measure, which he believes threatens to dismantle the military and lead to massive civilian and military layoffs. Forbes has been a longtime proponent for a substantially expanded U.S. Navy. He is critical of the Navy's current 30 Year Shipbuilding Plan, which he believes fails to adequately invest in the ships needed to meet the service's current minimum force structure requirements. In April 2013, he presented an extended argument for why the U.S. must maintain a robust Navy, in which he criticized the lack of funding that had allowed the Navy to slip below the 300-ship threshold.

A strong supporter of sustained U.S. engagement in the Asia Pacific, in July 2013, Forbes and three colleagues wrote a letter to National Security Advisor Susan Rice, asking the White House to develop an coherent strategy document for its implementation. For his work on behalf of the Armed Services and the men and women who wear the uniform, the Army and Navy have presented their highest civilian awards to the Congressman.

In 2013, Forbes publicly opposed military action in both Libya and Syria.[8] In 2014, he promised to promote President Obama's call for funds for action in Syria.[9]

In 2014, Forbes voted to address cuts imposed by sequestration with a $1.4 billion cut to operations, maintenance, and training funds, rather than mothballing 11 cruisers and three amphibious warships.[10]

Forbes’ district is home to 70,000+ veterans, who make up roughly 10% of his constituency. Forbes has been recognized year in and year out by various veteran organizations for his help to bring veterans’ needs to the forefront of public discourse. Forbes was awarded the prestigious AMVET's Silver Helmet award in 2013, and was named "Legislator of the Year" by Virginia's MOAA in 2012. VA claims, healthcare, education, and veteran employment are the major issues which Forbes has focused much of his time in Washington on.

Forbes is founder and chairman of the Congressional China Caucus, which takes special interest in the emergence of China as a political, economic and military actor on both the regional and global stage.[11] As one of Congress’ scholars on Chinese issues, Forbes keynoted a panel discussion at Harvard University in the April 2012 to discuss the implementation of US strategy to China's world power emergence.[12] Congressman Forbes has voiced concern for Chinese military ambition, cyber threats, contaminated exports, and human rights violations. His reputation has come under scrutiny with the recent acquisition of America's largest pork company, Smithfield Foods, by a Chinese competitor – a company headquartered within his district. This $4.7 billion deal is the biggest Chinese acquisition of a U.S. company to date.[13]

Forbes has introduced or cosponsored several pieces of legislation, which aim to hold government more accountable. He is one of only seventeen members of congress to vote against every federal bailout under both the Bush and Obama administrations. Though a staunch supporter of national defense, he has also called for a full audit of both the Department of Defense and Federal Reserve. Furthermore, Forbes has introduced a balanced budget amendment, and CAP Act to tie members of Congress’ salaries to spending. The revelation that the National Security Agency was abusing intelligence gathering powers provided them under the PATRIOT and FISA acts, Forbes cosponsored bipartisan legislation which enacts greater accountability and oversight over the agency's intelligence gathering techniques.

As Founder and Co-Chairman of the bicameral Congressional Prayer Caucus, Congressman Forbes, and co-chairman Senator Lankford, lead more than 90 Members of Congress in protecting the free exercise of religion as a fundamental human right essential to a free society.

On June 12, 2008 Forbes introduced H.R. 6260, titled "New Manhattan Project for Energy Independence". The bill was offered as a substitute for the entire energy bill and outlined a series of prizes, similar to the X-PRIZE, which would be awarded to a private entity, which completed one of seven tasks related to achieving energy independence.

The bill included $14 billion in prizes and $10 billion in grants ($10 billion of which would have supported nuclear fusion research); provisions to establish a summit to discuss the challenge of energy independence; and creation of a commission to offer recommendations to fulfill the goal of becoming energy independent within 20 years. On June 26, 2009, the bill was offered as an amendment in the nature of a substitute for the Waxman/Markey-sponsored American Clean Energy and Security Act. The amendment was rejected by the House of Representatives 255–172.[14]