For other people with the same name, see Jim Cooper (disambiguation). 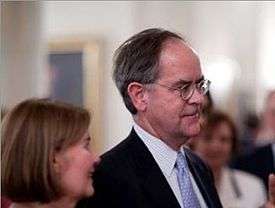 Cooper with his wife Martha

Cooper was born in Nashville and raised in Shelbyville, Tennessee.[1] He is the son of former governor Prentice Cooper and his wife Hortense.[2] His paternal grandfather, William Prentice Cooper, served as the mayor of Shelbyville and Speaker of the Tennessee House of Representatives.[3]

Cooper attended the Episcopal boys' boarding school Groton School in Groton, Massachusetts[4] and the University of North Carolina at Chapel Hill where he was a member of the Alpha Sigma Chapter of the Chi Psi fraternity, a recipient of the Morehead-Cain Scholarship, and earned a B.A. in history and economics. Cooper won a Rhodes Scholarship to study at Oxford, where he was a member of Oriel College and earned a B.A./M.A. in politics and economics in 1977. In 1980, he received a J.D. from Harvard Law School.

After getting his law degree, he spent two years working for the law firm Waller, Lansden, Dortch and Davis in Nashville, then ran for Congress in 1982.[5] 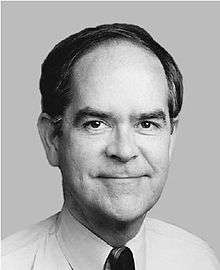 In 1982, Cooper won the Democratic primary for the 4th District, which had been created when Tennessee gained a district after the 1980 census. The new 4th ran diagonally across the state, from heavily Republican areas near Tri-Cities, Knoxville and Chattanooga to the fringes of the Nashville suburbs. The district stretched across five media markets - the Tri-Cities (Kingsport, Johnson City, and Bristol), Knoxville, Chattanooga, Nashville and Huntsville, Alabama - so the 1982 race had much of the feel of a statewide race. Owing to the district's demographics, many felt that whoever won the election would almost instantly become a statewide figure with a high potential for election to statewide office in the future. Cooper defeated Cissy Baker, an editor in Washington for the Cable News Network and the daughter of U.S. Senate Majority Leader Howard Baker[6] with 66 percent of the vote. He was reelected five more times with little substantive opposition, running unopposed in 1986 and 1988. This was somewhat surprising, given the district's volatile demographics. The district, then as now, was split between areas with strong Democratic and Republican voting histories. Indeed, prior to Cooper's election, much of the eastern portion of the 4th hadn't been represented by a Democrat since the Civil War. However, the size of the district makes it extremely difficult to unseat an incumbent.

Cooper has always been a staunch supporter of the National Rifle Association (NRA) and the movement to loosen federal gun laws, and during his 1984 election campaign, the NRA donated a sum to his campaign that approached the legal limit of $10,000.[7]

In 1992 Cooper was co-author of a bipartisan health-care reform plan, that did not include employer mandates compelling universal coverage. This initiative met with strong opposition from Hillary Clinton.[8]

In 1990, Cooper was one of only three House Democrats who voted against the Americans with Disabilities Act of 1990.[9]

In 2009 the Wall Street Journal wrote about Cooper's concerns about the national deficit. “It's even worse than most people think, he says, because of dodgy accounting used by the federal government...'The U.S. government uses cash accounting,' he says. 'That is illegal for any enterprise of any size in America except for the U.S. government.'”[10] He made similar remarks on PBS, saying that 'The real deficit in America is at least twice as large as any politician will tell you. And it may be ten times larger.'”[11]

During his first period in Congress, he served on the United States House Committee on Energy and Commerce.[7][12][13]

In 1994, Cooper ran for the Senate seat vacated by Al Gore's election to the Vice Presidency, but was soundly defeated by Republican attorney and actor Fred Thompson. Cooper received just under 40 percent of the vote. It was a bad year overall for Democrats in Tennessee, as Republican Bill Frist captured Tennessee's other Senate seat and Don Sundquist was elected governor. The 4th district seat was also won by a Republican, Van Hilleary, as the GOP gained a majority of the state's congressional delegation for only the second time since Reconstruction.

After losing his Senate bid, Cooper moved to Nashville and went into private business, also serving as a professor at Vanderbilt University's Owen Graduate School of Management.

When Thompson opted not to run for a second full Senate term in 2002, 5th District Congressman Bob Clement (with whom Cooper had served from 1988 to 1995) ran for Thompson's seat. Cooper entered the Democratic primary along with several other Democrats. Two of whom were Davidson County Sheriff Gayle Ray the first female sheriff in Tennessee and state legislator John Arriola.[14] Cooper won the primary with 47 percent of the vote and went on to win the general election easily.[15]

Cooper was re-elected in 2004 against a Republican who disavowed his party's national ticket.

The 2010 midterm elections saw Republicans gain complete control of state government for the first time since Reconstruction. This led to speculation that the legislature might try to draw the 5th out from under Cooper. Indeed, in the summer of 2011 Cooper and Nashville Mayor Karl Dean told The Tennessean that they'd heard rumors about heavily Democratic Nashville being split between three Republican districts. Despite its large size, Nashville has been located entirely or mostly in a single district since Reconstruction. Cooper said he'd gotten his hands on a map that would have placed his home in Nashville into the heavily Republican 6th District. The 5th would have been reconfigured into a strongly Republican district stretching from Murfreesboro to the Alabama border, while the rest of Nashville would have been placed in the heavily Republican 7th District. Had it been implemented, the map would have left Cooper with only two realistic places to run—an incumbent-versus-incumbent challenge in the 6th against freshman Republican Diane Black, or the reconfigured 5th, which had reportedly been drawn for State Senator and Murfreesboro resident Bill Ketron, chairman of the redistricting committee.[18] However, the final map was far less ambitious, and actually made the 5th slightly more Democratic than its predecessor. Notably, Cooper picked up all of Nashville.

Cooper is a member of the Blue Dog Coalition and the New Democrat Coalition and generally has a moderate voting record. Cooper is the only Tennessean on the Armed Services Committee. He also serves on the Oversight and Government Reform Committee. Despite the different policy affiliation, he became one of Barack Obama's earliest Congressional endorsers.[20] Cooper opposed an $819 billion economic stimulus plan that passed the House in 2009,[21] but ended up voting for the revised $787 billion final package.[22] He is one of only a few Blue Dog members that don't seek earmarks.[23][24] Cooper voted for the Patient Protection and Affordable Care Act in March 2010.[25] In 2009 the Think Progress website reported that a Daily Kos poll "found that 60 percent of his constituents disapprove of his handling of the health care issue."[26]

A perception has arisen among some observers that the 5th could easily support a more liberal Democrat than Cooper due to the influx of culturally liberal white-collar workers in the music and publishing industries and the large number of colleges in the area. Although the 5th is only a marginally Democratic district on paper at D+5, more than two-thirds of its vote is cast in Nashville/Davidson County, which has double the population of the rest of the district combined. However, Cooper has seldom if ever faced any significant challenge to his ideological left, or even threats thereof, given the historical strength of the Davidson County organization. A more recent reason for Cooper's clout among voters, though, is the control of the state legislature by Republicans, who might divide the district in the future, or merely threaten to do so, to thwart any possibility of a nationally-aligned liberal taking the seat (see above). Those fears work strongly in Cooper's favor, in addition to his nearly lifelong connections with establishment figures in Tennessee, and will probably continue to do so in the near future.

Cooper spoke with Harvard Law School professor Lawrence Lessig about the subject of reforming Congress.[32] According to Lessig, Cooper explained that members of Congress were so preoccupied with the question of what they would do after leaving Congress – the most obvious career path being lobbying – that they fell into the habit of thinking about how to serve special interests rather than how to serve the public.[32] According to Lessig, Cooper described Congress as a "Farm League for K Street".[32][33]

In 2011, Cooper said: “Working in this Congress is deeply frustrating; in fact, it's enraging. My colleagues are misbehaving. They're posturing for voters back home. They're taking the cheap political hit instead of studying the problem that's before us.”[34] In the same year, Cooper “called the partisan posturing over the debt ceiling 'an extremely dangerous game of chicken,' and said he’d 'never seen politicians act more irresponsibly than they have been recently,' over the nation’s debt.”[35]

In 1985 Cooper married Martha Bryan Hayes.[3] They have three children.[37] Cooper's daughter Mary was the Student Body President at The University of North Carolina at Chapel Hill.[38] Cooper's son Hayes attends Groton School, and his son Jamie attends The University of Georgia.