Farmington was established in 1822 as Murphy's Settlement, named for William Murphy of Kentucky who first visited the site in 1798. When St. Francois County was organized, the town was briefly called St. Francois Court House and later renamed to Farmington.[6]

William Murphy arrived on the land west of the Mississippi River in 1798—which was, at that time, part of the upper Louisiana Territory and under Spanish rule. Murphy was searching for the ideal site to relocate his family and, as the tradition goes, came to find a spring near the now-standing St. Francois County Courthouse with the aid of a local Native American. Deciding that this was an excellent place to set up home, Murphy acquired a Spanish Land Grant, allowing him and his family to establish a settlement along the St. Francois River.

In his travels back to Kentucky, Murphy died, leaving it up to his wife, Sarah Barton Murphy, and their grown sons to establish the settlement–which they did around 1800, naming the area Murphy's Settlement. Sarah Barton Murphy is known to have assembled the premier Protestant Sunday School west of the Mississippi River. Due to Spanish law barring any religious services that were not of Roman Catholic tradition, Murphy and her students orchestrated the learning in secret.

A post office in Murphy’s Settlement opened in 1817, following the annexation of the land to the United States in 1803 as part of the Louisiana Purchase. Missouri became a state in 1821 as part of the Missouri Compromise. In 1822, David Murphy made a contribution of 52 acres (210,000 m2) of land for the installation of the county seat of what was soon to be St. Francois County. Murphy's Settlement was renamed Farmington in 1825, taking the name from the area's rich farm land.[8] Farmington was granted incorporation as a town in 1836 and became a village 20 years later in 1856.

In the mid-19th century, Farmington enjoyed growth and economic well-being through the building of the historic Plank Road, which stretched from Pilot Knob to Ste. Genevieve. The road was built to transport both supplies from the shipping facilities located along the river to the mines and to move the mine’s iron ore to the shipping facilities. The route was soon taken over by the St. Louis and Iron Mountain Railroad.

The first public school was constructed in 1870 and in 1879. Farmington gained the recognition as a fourth-class city–an accolade that was surpassed in 1981 when Farmington became a third-class city.

The airline Multi-Aero, which flies passenger airline services as Air Choice One, has its headquarters in Farmington.[9]

Farmington's publicly elected government consists of a Mayor and eight City Council members representing the city's four Wards who set city policy. The city's policies are carried out by a City Administrator who works closely with the City Clerk, City Council and City Attorney.[10]

The Farmington R-VII School District serves the city's need for public education. According to the Missouri Department of Elementary and Secondary Education, there are five elementary schools, two being private, one public intermediate school, one middle school, and one high school in the school district for a total of nine schools. During the 2008–2009 school year, there was a total of 3,743 students and 306 certified staff members enrolled in the Farmington R-VII School District. The school colors are black and gold and the mascot is the knight (knightette for females). Athletics offered in the school district include boys' and girls' basketball, cross country, soccer, tennis, track, boys' baseball, golf, football, wrestling, and girls' softball and girls' volleyball. Other activities include band (marching, jazz, and concert) cheerleading, colorguard, winter guard, dance team, FFA, AFJROTC, TSA, and FBLA.

Farmington is also home to two private schools that serve both the educational and religious needs of some students and their families in the community.

Approximately 51.21% of the people in Farmington identify themselves as religious or affiliated with a religion. Many of these religious residents identify as Christians—38.08% are Protestants, 7.65% are Roman Catholics, 5.03% identify with another Christian faith, 0.43% are Mormons, 0.03% belong to an Eastern religion, and 0.01% are Jewish.

There were 5,620 households of which 30.6% had children under the age of 18 living with them, 40.8% were married couples living together, 13.8% had a female householder with no husband present, 4.4% had a male householder with no wife present, and 41.0% were non-families. 34.7% of all households were made up of individuals and 15.9% had someone living alone who was 65 years of age or older. The average household size was 2.26 and the average family size was 2.88.

There were 4,647 households out of which 28.6% had children under the age of 18 living with them, 47.7% were married couples living together, 11.6% had a female householder with no husband present, and 37.4% were non-families. 32.5% of all households were made up of individuals and 14.8% had someone living alone who was 65 years of age or older. The average household size was 2.28 and the average family size was 2.88.

Farmington is located at the crossroads of US 67 and Missouri Hwy 32. It is home to S&R products, U.S. Tool, and Startek, a call center. Other major employers in the city are BJC Parkland Health Center, Centene Corp, USA Drug, and Farmington Correctional Center. 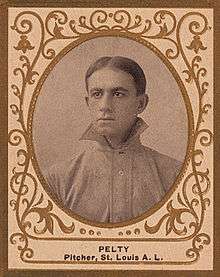