Carthage is a city in Jasper County, Missouri, United States. The population was 14,378 at the 2010 census. It is the county seat of Jasper County[6] and is nicknamed "America's Maple Leaf City."[7] 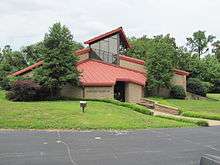 Entrance to the Powers Museum 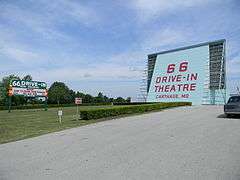 Jasper County was formed in 1841. Carthage was chosen as the county seat, the area cleared and the town platted in 1842.[8] The city was named after ancient Carthage.[9] By the time of the American Civil War, there were over 500 residents,[10][11] a brick and stone courthouse, and several businesses.

The area was divided over slavery, and almost all of the African-Americans in the county at the time were slaves. The Battle of Carthage, fought on July 5, 1861, was a clash between Union troops from St. Louis and Confederate troops led by the pro-Southern Missouri Governor, Claiborne Fox Jackson. The "Second Battle of Carthage" occurred in October 1863 when Union troops confronted Confederate troops north of town and forced them to return to Arkansas. The town experienced minor skirmishes and attacks throughout the war; pro-Confederate guerrillas burned most of the city (including the courthouse) in September 1864. Historical accounts, such as Jasper County, Missouri in the Civil War (1923) by Col. Ward L. Schrantz, document the regional warfare.

The area grew rapidly following the Civil War. The Missouri Western Railroad arrived in 1872. Town residents started a foundry, furniture factory, woolen and grain mills, a plow works and numerous liveries and other businesses.[12] Leggett & Platt, now a Fortune 500 company still based in Carthage, was founded in 1883. Nearby lead mines and limestone quarries also contributed significant wealth and Carthage became one of the most prosperous towns in the area. Residents poured their money into ornate Victorian-style homes, many of which are now part of the Carthage South District, which was named to the National Register of Historic Places in 1982. The Jasper County Courthouse, also on the National Register of Historic Places, was built of Carthage stone in 1894-95. There is a mural inside the courthouse depicting the history of Jasper County. Growth in Carthage can be documented through Sanborn Maps, many of which are available online.[13]

Numerous local buildings, in addition to the courthouse, were built in the late 19th and early 20th century out of stone from local quarries. The limestone is hard enough to be polished into "Carthage marble" and was used in both the interior and exterior of the state capitol building in Jefferson City, Missouri. The quarries known today as the Carthage Underground, a commercial space that utilizes but a small portion of the extensive uncharted quarries nearby.[14]

In 1925, Ozark Wesleyan College merged three Methodist colleges into one institution and built a campus in the center of town. The college operated only a few years before closing. The campus was home to Our Lady of the Ozarks College from 1944–1971 and now houses the Vietnamese-American Catholic religious Congregation of the Mother Co-Redemptrix. This Vietnamese order of priests and brothers came from Vietnam to settle in Carthage in 1975, immediately following the Vietnam War.[15] In the monastery of this Vietnamese congregation the controversial archbishop Pierre Martin Ngô Đình Thục died in 1984.

U.S. Highways 66 and 71 came through town in the 1920s, and for a time the town saw a stream of cross-country traffic. Route 66 intersected with U.S. Route 71 at the present intersection of Central and Garrison Avenue. The original owners of a Boots Court motel at this crossroads promoted a drive-in restaurant with a KDMO AM radio broadcast, "Breakfast at the Crossroads of America", named as a reference to the two major highways of the era. Route 66 was eventually re-routed, and then replaced in the 1960s with Interstate 44 running south of town.

In the late 20th century, the town began actively courting tourism, emphasizing its history (the Battle of Carthage, Victorian architecture, and Route 66), as well as its proximity to the Precious Moments hotel and store, along with the popular country music destination Branson, Missouri.

Carthage is part of the Joplin, Missouri Metropolitan Statistical Area.

There were 5,169 households of which 38.9% had children under the age of 18 living with them, 45.2% were married couples living together, 14.6% had a female householder with no husband present, 6.3% had a male householder with no wife present, and 33.9% were non-families. 29.2% of all households were made up of individuals and 13.6% had someone living alone who was 65 years of age or older. The average household size was 2.69 and the average family size was 3.26.

There were 4,813 households of which 30.9% had children under the age of 18 living with them, 49.5% were married couples living together, 11.9% had a female householder with no husband present, and 34.4% were non-families. 30.0% of all households were made up of individuals and 16.4% had someone living alone who was 65 years of age or older. The average household size was 2.49 and the average family size was 3.04.

Major area employers include Leggett & Platt, a Fortune 500[19] corporation manufacturing household durables, which is headquartered in the town, H.E. Williams, Inc. (a manufacturer of home electric lighting implements), Otts Foods, Schreiber Foods, and Goodman Manufacturing (all producing various food products) and the Carthage Underground, formerly a quarry, which now serves as a storage area with climate control for various products. Carthage was well known in the early 20th century for the fine-grained, extremely dense grey limestone, "Carthage Marble", which came from that mine and was used for numerous public buildings throughout the US, including the Capitol Building in Jefferson City and the Jasper County Courthouse.

Carthage has several food manufacturers and processing plants in and around the city. These plants produce a great deal of slaughterhouse waste. Changing World Technologies and its subsidiary Renewable Environment Solutions built the first operational commercial thermal conversion plant in the United States to take advantage of the large amount of feedstock for the thermal conversion process made available by the many food rendering plants in the area in 2003.

In Jan 2008, a new city-owned hospital, McCune-Brooks, opened and the old facility has been renovated for use by the Carthage Water and Electric Plant. The new Carthage High School opened in 2009.[20] 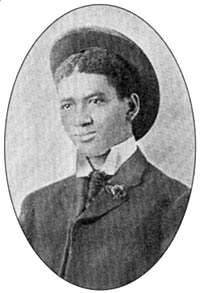 As noted above, Carthage was the site of the Battle of Carthage, the first official engagement of the American Civil War, on July 5, 1861. Local groups stage reenactments of the battle,[21] near the grounds of the State Historic Site which commemorates the event.

Carthage is located on Historic U.S. Route 66. The original alignment around town is still marked, and several old businesses built to cater to travelers can still be seen.[22]

Since 1966, Carthage has held a festival each October called the Maple Leaf Festival.[23] The week-long festival is named for the many maple trees that grow in the town, whose leaves change into bright colors such as red, orange, and yellow in the fall. Many people from towns from all over Jasper County and further attend the parade, bringing applicants for the parade such as hometown bands, businesses, spookhouses, television stations, and various entertainment. It is a tradition for the people participating in the parade to hand out large amounts of candy to children, as well as advertisements and other small items such as frisbees and footballs. The parade usually runs from the town square, where snacks can be bought and ends at the junior high school, where children can be picked up.

Since 1978, Carthage has hosted the annual Marian Days celebration for Vietnamese American Catholics. The event, which typically draws 50,000 to 70,000 attendees, takes place on the 28-acre (110,000 m2) campus of the Congregation of the Mother Co-Redemptrix.[24]

Carthage is also the home of the Precious Moments Park and Chapel, a tourist attraction with paintings and oversized depictions of the popular porcelain figurines.

Victorian era homes of Carthage are featured in It Wasn't A Dream, It Was A Flood, a 1974 autobiographical, 16mm short film about poet Frank Stanford.

Composer James Scott, regarded as one of the three most important composers of classic ragtime, lived in Carthage from 1901 to 1906. Scott attended Lincoln High School and worked in the music store of Charles L. Dumars. Demand for the music of Scott, who began to compose while living in Carthage, convinced Dumars to publish Scott's "A Summer Breeze" in 1903.[25]

Carthage is in Missouri's 7th congressional district and is being represented in the United States Congress by Billy Long since 2010.

In the Missouri House of Representatives, Carthage is in the 127th District and since 2008 is being represented by Tom Flanigan, a former Carthage City Council alderman. In the Missouri Senate, Ron Richard represents the Joplin-Carthage area since 2010.