(Tamil: மதுராந்தகம்) Madurantakam is a town and a municipality in Kancheepuram district in the Indian state of Tamil Nadu. The town is known for the man-made and second largest lake in Tamil Nadu, the Maduranthakam Lake. It is believed to be built by the Chola King Uthama Chozha, also called as Maduranthakar, during his reign. It is also home to the Aeri Katha Ramar Temple. As of 2011, the town had a population of 30,796 and the town is very nearer to state capital Chennai.

In two of his poems, Saint Manavala Mamunigal asks everyone who wants to cast away his past sins to worship the Lord at this place. There are separate shrines for Lakshmi Narasimhar, Periya Nambi and Ramanuja, Andal, Sudarsana and Vedanta Desika. The holy tank is opposite the temple with a separate shrine for Anjaneya on its banks.

The reservoir near Madurantakam irrigates more than 1000 small villages in and around the town.

12 kilometres (7.5 mi) north-west of Maduranthakam lies the Vedanthangal Bird Sanctuary and KarikiliBird Sanctuary, home to many rare and endangered species of migratory birds.

Sri Kodanda Rama, also known in this region as Yeri Katha Rama (the one who saved the village from flooding from Madurantakam lake), is enshrined in the Aeri Katha Ramar Temple. The temple is about 1300 years old. Sita resides in the temple as Sri Janaki Valli. The other deities enshrined are Sri Chakrathalwar, Sri Ramanuja, Sri Lakshmi Narasimha and Sri Hanuman.

The Kodandaramaswamy temple has two sets of utsavar idols of the presiding deity and His consort, and Lakshmana. While one deity is named Rama, the other is known as Karunakaran.

There is also a separate shrine for Goddess Sita, known as Janakavalli Thayar, which is claimed to be very rare. This shrine was built by an English Collector, Colonel Lionel Blaze who assured the people that he would build a shrine for Devi if the newly built surplus water weirs withstood the fury of monsoon rains. The huge tank with immense storage capacity would breach every year after the monsoon rains and wash away the rough stone-built outlet of the tank. While camping at Madurantakam during a monsoon night, the tank was full and almost overflowing. The Collector visited the tank bund and is said to have seen Rama and Lakshmana keeping guard at the tank. The construction of the shrine for the Goddess began the very next morning and the Lord is known as Aeri Katha Ramar as he saved the tank bund from collapsing. 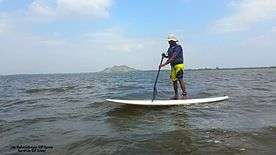 The Simpson Memorial Church belongs to the Church of South India, located on the GST Road is one of the popular churches in Madurantakam. There is also one in St. Joseph's School, "St.Mary's church", and another is located near Arugunam Village, 3 kilometres (1.9 mi) from Madurantakam.

Madurantakam (SC) is a state assembly constituency in Tamil Nadu, India newly formed after constituency delimitation.[4] It is included in the Kancheepuram parliamentary constituency.

Weekly Market (வாராந்திர சந்தை) - There is a famous weekly market every Monday near Govt Hopsital and it is very useful for the local people and near by villagers to buy Vegetables, Groceries, Fruits and Fish at low cost.