This article is about a city. For the breed of dog, see Rajapalayam (dog).

Rajapalayam (Tamil: இராஜபாளையம்) is a town and a special grade municipality[1] in Virudhunagar district in the Indian state of Tamil Nadu. It is located 85 km southwest of Madurai in the state of Tamil Nadu. Its main attractions are the Ayyanar Falls and the neighbour town of Srivilliputtur. The economy is based on the manufacture of textiles, and there are mills for spinning and weaving cotton, as well as a large cotton market. It's also known for the Rajapalayam breed of dogs (சிப்பிப்பாறை, கோம்பை, மற்றும் பல). As of 2011, the town had a population of 130,442.

Initially, agriculture was the principal source of living for the people of Rajapalayam. In the mid 1900s, Rajapalayam gradually evolved into a thriving business community. ashok

"Rajapalayam 360"[2] is a well known Social Media page for Rajapalayam. It aims to create awareness[3] among people about many Social Issues. It also acts as the Media for the Rajapalayam people living around the world to know about the News in Rajapalayam.

The climate of the region is semi-arid tropical monsoon type. Temperature range is 20 °C to 37 °C.It has a high mean temperature

Rajapalayam has two bus stands to cater to the needs of the population. The old bus stand currently serves as the city bus stand. The new bus stand on Sankarankovil Road is where all the mofussil buses stop by. Buses frequently shuttle between Madurai and Rajapalayam via Srivilliputtur. There are buses, every 15 minutes, from Rajapalayam to Tirunelveli travel via Sankarankovil and every 30 minutes to Aruppukottai via Srivilliputtur,Sivakasi & Virudhunagar and vice versa. 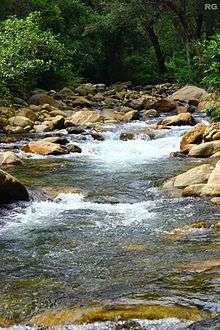 Vallakattu Karuppasamy temple is situated en route to Ayyanar Kovil right in the middle of forest. Lord Karuppu Samy is one of the 21 associate folk-deities of Ayyanar. This temple is located next to 6th Mile Dam that supply water to Rajapalayam township.This temple is one of the most famous in this area. The deities Lord Karuppasamyare is decorated with a golden kavacham on every fullmoon night. Every Saturday the worshippers who visit the temple are provided with food. There is an ayalya tree and those whose stars(according to the Hindu belief, based on the day time and year of birth)come under the ayalya star worship this tree with milk (milk abeshekam)to have a patient life.

Sanjeevi Hills is a small hill situated in south-west Rajapalayam en route Chatrapatti area.The Murugan Temple is at top of the hill. Karthigai Deepam lit on the top spot on thirukarthigai day of every year. The calm and serene ambiance makes it a favorite spot for tourists. Tradition recounts that in order to save the unconscious Lakshmana, Hanuman, the monkey god carried the entire Sanjeevi Hills with the herbal plants to Sri Lanka and threw it away afterwards. It is said that the thrown down hill is the Sanjeevi Hills.