Tamil is the official language and Kongu Tamil (also called Kangee or Kongalam), a dialect, is predominantly spoken. Palladam also has a significant number of North Indians who have come for employment in textile industries.

Palladam cuisine is predominantly south Indian with rice as its base. Green Dal, Arisiyum Paruppu (Dal Rice) is a famous and unique cuisine of this region. Most local restaurants still retain their rural flavor, with many restaurants serving food over a banana leaf. Sweets like Laddu, lava laddu, mysore ba are famous in this region.

Palladam is well-connected with Coimbatore city and other neighbouring suburbs through roads. It lies on the routes of Nagapattinam - Trichy - Coimbatore National Highway 67. Sulur is also close to Palladam. The nearest airport is Coimbatore International Airport about 35 km south of the city from Palladam via Sulur & L&T bypass Road. There is no Rail or Air transport to the town. The nearest Railway Station is at Tirupur, about 16 km away from Palladam. From Palladam to Madurai,the buses are available. A good transport is connected between Palladam and Pollachi through Palladam-Pollachi Main Road.The key public mass transport for the people here is the buses run by the State Government & Private Sector thus providing a competitive service to the people. Udumalaipet(NH 209) to palladam (NH 67) to avinashi(NH 47) to puliyampatti (NH 209) Road is also a major state highway connecting three national highways in a stretch bypassing coimbatore city to touch sathyamangalam (NH 209) via palladam, avinashi, puliyampatti towns . 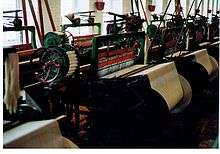 In and around Palladam there are many weaving and knitting centres mostly meant for export to foreign countries, thus earning a considerable foreign exchange. Most of the major textile houses are set up as vertically integrated units enabling them to produce clothing at a better quality and competitive price. This sector along with the poultry sector provides direct and indirect employment to numerous people in the region. The region also attracts labourers from other part of the nation. Nowadays many Hi-Tech weaving machines like Sulzer and Airjet looms are installed.

The Palladam Hi-Tech Weaving Park(India's First and Largest Hi tech Textile weaving Park) was commissioned in 2007 and is one of the nations advanced weaving parks. It is a cluster of the textile industry and contains a variety of textile factories. This park serves as a model for the different other textile parks that been planned by the Govt. of INDIA (GoI). Spreads over 65 acres, the Palladam Hi-Tech Weaving Park (PHWP) is the first of the integrated textile park models. The PHWP functions on the model of a Public-Private partnership, managed by user entrepreneurs. The PHWP acts as a sourcing hub for the global industrial fabrics, home furnishing, and garments market. Leading strategic and project management support to the integrated textile parks, is IL&FS CDI, a leading multidisciplinary conglomerate with interests in infrastructure, finance, capacity building initiatives, technology and marketing.

Agriculture has a great history in Palladam right from the introduction of modern farming in the early 1980s to the plantation of variety of medicinal and other trial based plantation till date. The people here are involved mainly in Agriculture like Cotton and Tobacco. The people of Palladam have always relied upon Agriculture like many other towns in INDIA. The association with Agriculture hasn't largely diminished over the years due to the continuous involvement of community & the participation from the younger generation.

The primary vegetation was cotton in the early 1970s and 1980s at the time of the textile boom. Later the town adopted the Maize crop with the boom in the Poultry industry thus aiding the industries with local supplies to compete with both quality and pricing.

Other vegetation are largely based on the local demands like common vegetables consumed by the house holds like the Onions (both small & big), Tomatoes, Brinjal, Okra, Peas, etc. Large amount of Cattle & Poultry in the region also leads to vegetation consumed by them.

Currently this industry is not doing well due to insufficient and un-timely rains along with the decrease in the ground water levels by significant amount in the recent years.

The Windmills installed here ranges from as low as 200 Kw to 2000 Kw. The power generated by these windmills largely accounts for the State's Electricity Supply & INDIA's highest installed wind capacity is in and around this town. Thus it is also known as the green city for its renewable expertise. This industry also accounts for both direct and indirect employment to the communities nearby. 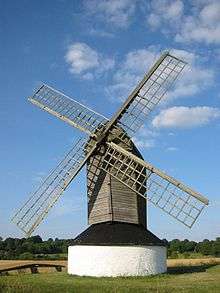