List of princely states of British India (by region) 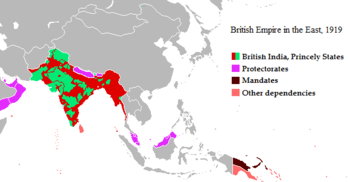 Before the Partition of India in 1947, 562 Princely States, also called Native States, existed in India, which were not fully and formally part of British India, the parts of the Indian subcontinent which had not been conquered or annexed by the British but under inderect rule, subject to subsidiary alliances.

Things moved quickly after the partition of British India in 1947. By the end of 1949, all of the states except Sikkim had chosen to accede to one of the newly independent states of India or Pakistan or else had been conquered and annexed.

Chamber of Princes meeting in 1941
Main article: Princely states of India
For details of precedence between the states, see Salute state.

In principle, the princely states had internal autonomy, while by treaty the British Crown had suzerainty and was responsible for the states' external affairs. In practice, while the states were indeed ruled by potentates with a variety of titles, such as Chhatrapati, Maharaja, Raja, Raje, Deshmukh, Nawab, Baig, Khan, Nizam, Mirza or specially Jam for Jadeja/Samma. the British had considerable influence.

By the time of the departure of the British in 1947, only four of the largest of the states still had their own British Resident, a diplomatic title for advisors present in the states' capitals, while most of the others were grouped together into Agencies, such as the Central India Agency, the Deccan States Agency, and the Rajputana Agency.

From 1920, the states were represented in the Chamber of Princes, which held its meetings in New Delhi.

The most important states were ranked as salute states, whose rulers were entitled to a give number of salute guns.

By the Indian Independence Act 1947, the British gave up their suzerainty of the states and left each of them free to choose whether to join one of the newly independent countries of India and Pakistan or to remain outside them. For a short time, some of the rulers explored the possibility of a federation of the states separate from either, but this came to nothing. Most of the states then decided to accede to India or to Pakistan, such as Junagadh (1947–1948), Hyderabad on 18 September 1948, Bilaspur on 12 October 1948, and Bhopal on 1 May 1949. Travancore also chose to remain an independent country.

In Jammu and Kashmir, a state with a Muslim majority but a Hindu ruler, the Maharaja hoped to remain independent but acceded to India on 27 October 1947 at the outset of the invasion of Jammu and Kashmir by Pakistan — leading to the Indo-Pakistani War of 1947.

On 31 March 1948, Kalat acceded to Pakistan, although the brother of the Khan led a rebellion against this decision.

The last remaining independent state, Sikkim, was incorporated into India on 16 May 1975, following a referendum in which the people of Sikkim overwhelmingly voted for this.

Princely States at the time of independence on 14 August 1947

Princely States of the Baluchistan Agency.

Princely States of the Gwalior Residency.

Princely States of the Madras Presidency.

Princely States of the North-West Frontier States Agency (all in present Pakistan). Agencies included the Dir Swat and Chitral Agency and the Deputy Commissioner of Hazara acting as the Political Agent for Amb and Phulra.

The States of Hunza and Nagar and many feudal Jagirs (Puniyal, Shigar, etc.) in the Gilgit Agency were tributary to the Maharaja of Jammu & Kashmir.

States of the Rajputana Agency

States of the Rajputana Agency. 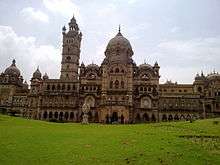 Princely states of Kathiawar in Saurastra

The Rajwada of Indore, built by The Holkars of the Maratha Kingdom 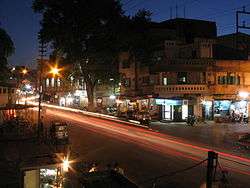 States of the Eastern States Agency 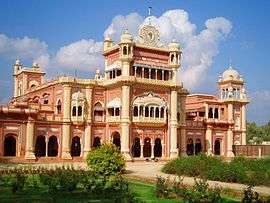 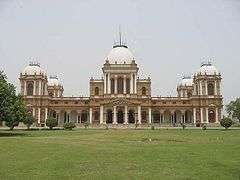 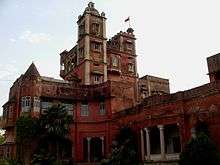 States of the Mahi Kantha Agency