Numazu is at the northern end of the Izu Peninsula, which is a leisure destination known for its numerous hot springs. Mount Fuji, Japan's tallest mountain, may also be seen from Numazu on clear days. Numazu is located 130 kilometres (81 mi) west of Tokyo and is on the Tōkaidō Main Line, the main railway line from Osaka to Tokyo. Warmed by the Kuroshio Current, the area enjoys a warm maritime climate with hot, humid summers and mild, cool winters. The Kano River runs through the middle of the city.

Numazu is an ancient settlement, mentioned in Nara period records as the original provincial capital of Suruga Province before the separation of Izu Province from Suruga in 680, and subsequent transfer of the provincial capital to the banks of the Abe River in what is now Shizuoka city. During the early part of the Tokugawa shogunate, Numazu was ruled as part of Odawara Domain, but with the construction of Numazu Castle in 1777, it became the separate Numazu Domain. Numazu prospered in the Edo period from its location on the Tōkaidō, with Numazu-juku and Hara-juku as two of the 53 post stations.

After the Meiji Restoration, Numazu Station was opened on the Tōkaidō Main Line on February 1, 1889. During the cadastral reform of the early Meiji period in 1889, the area was reorganized into Numazu Town within Suntō District, Shizuoka From its seaside location, Numazu gained a reputation as a health resort, which was further enhanced by its selection as the location of a villa for Emperor Meiji in 1893. The area become popular with other members of the nobility, statesmen (including Inoue Kaoru) and writers. Numazu town expanded in 1923 by merger with Yanagihara village, becoming Numazu City on July 1, 1923.

Central Numazu was destroyed by a fire in 1926. In 1944, the city further expanded through merger with neighboring Katahama, Kanaoka, Ooka and Shizuura villages. The city was a target for American air raids in World War II, and was largely destroyed by bombing on July 17, 1945.

In 1955, the villages of Ashitaka, Oohira, Uchiura, and Nishiura merged with Numazu, and in 1968 Hara Town also merged with Numazu. In the year 2000, Numazu was designated a Special City (特例市, Tokurei-shi) by the central government. In April 2005, the village of Heda (from Tagata District) was merged into Numazu. In 2007, Numazu hosted the 29th World Skills International Championship.

Numazu is an industrial city and regional financial center, and its port is a major center of Shizuoka prefecture's fishery industry. Numazu produces more dried Japanese horse mackerel than any other region in Japan. The city accounts for about half of Japan's total production. Agriculture is dominated by production of oranges and green tea, with Brussels sprouts, dairy products and rice as secondary products. Numazu is the location of the head office of Suruga Bank, Shizuoka Chuo Bank and Numazu Shinkin Bank. 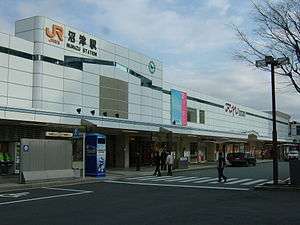 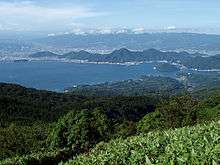 Numazu is a gateway to Mount Fuji, Hakone, and Izu Peninsula, which are major tourist attractions. The harbour area has seafood restaurants and features an anti-tsunami barrier with an observation floor on top that offers a panoramic view of the city and the surrounding area. There is a shopping street not too far from the train station.

Numazu has the longest coastline of any municipality in the prefecture. The Senbonhama ("Thousand Tree Beach") seaside is considered one of the best places to view Osezaki, Nihondaira, or the southern Japan Alps against the background of Sembonmatsubara and Mount Fuji. Two aquariums are located in Numazu, Mito Sea Paradise and Awashima Marine Park.