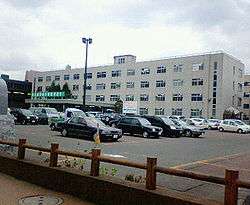 Aomori (青森市, Aomori-shi) is the capital city of Aomori Prefecture, in the northern Tōhoku region of northern Japan. As of September 2015, the city had an estimated population of 288,029 and a population density of 349 persons per km2. The total area of the city was 824.61 square kilometres (318.38 sq mi).

Aomori literally means blue forest, although it could possibly be translated as "green forest". The name is generally considered to refer to a small forest on a hill which existed near the town. This forest was often used by fishermen as a landmark. A different theory suggests the name might have been derived from the Ainu language.

The area has been settled extensively since prehistoric times, and numerous Jōmon period sites have been found by archaeologists, the most famous being the Sannai-Maruyama Ruins located just southwest of the city center dating to 5500-4000 BC, and the Komakino site slightly further south dating to around 4000 BC. The large scale of these settlements revolutionized theories on Jōmon period civilization. During the Heian period, the area was part of the holdings of the Northern Fujiwara clan, but remained inhabited by the Emishi people well into the historic period. After the fall of the Northern Fujiwara in the Kamakura period, the territory was part of the domain assigned to the Nambu clan, and into the Sengoku period, it came under the control of the rival Tsugaru clan, whose main castle was located in Namioka. After the start of the Edo period, Aomori was a minor port settlement for Hirosaki Domain called Utō (善知鳥村, Utō-mura). The town was rebuilt in 1626 by Moriyama Yashichirō, under orders of the daimyō, Tsugaru Nobuhira and renamed Aomori, but the name did not come into common use until after 1783.

After the Meiji Restoration the various domains were abolished and replaced with prefectures, a total of six in the territory of modern Aomori Prefecture. These were merged into the short-lived Hirosaki Prefecture in July 1871. However, due to the historic enmity between the former Tsugaru territories in the west and the former Nambu territories in the east, the prefectural capital relocated from Hirosaki to the more centrally-located Aomori immediately after the merger and the prefecture was renamed Aomori Prefecture on September 23, 1871. However, Aomori was not given town status within Higashitsugaru District until April 1, 1889, and was not designated a city until April 1, 1898.

The Hokkaidō Colonization Office began operations of a ferry service from Aomori to Hakodate in Hokkaido from 1872. In September 1891, Aomori was connected with Tokyo by rail with the opening of the Tōhoku Main Line. The Ōu Main Line running along the Sea of Japan coast opened in December 1894. The development of modern Aomori was primarily due to its prefectural capital status and the singular importance as the terminus of these rail lines and the Seikan Ferry, which officially opened in 1908. The 8th Division of the Imperial Japanese Army were stationed in Aomori from 1896. In the winter of 1902, 199 of 210 soldiers on a military cold-weather readiness exercise perished while attempting to cross the Hakkōda Mountains from Aomori to Towada in what was later called the Hakkōda Mountains incident.

Much of the town burned down in a large fire on May 3, 1910. The port facilities were expanded in 1924, and the city received its first bus services in 1926. Japan Air Transport began scheduled air services from 1937.

Towards the final stages of World War II, on the night of July 28–29, 1945, Aomori was subject to an air raid as part of the strategic bombing campaign waged by the United States of America against military and civilian targets and population centers during the Japan home islands campaign. The July 28–29 bombing claimed 1,767 lives and destroyed 88% of the city.

In the post war period, Aomori rebuilt as the local political and commercial center. The Tsugaru Line railway opened in 1951, and Aomori Airport in 1964. The city was connected to Tokyo by highway in 1979 with the opening of the Tōhoku Expressway. Aomori’s landmark pyramidal Aomori Prefectural Tourist Center opened in 1986. On October 1, 2002, Aomori was proclaimed a core city with increased autonomy from the central government.

Aomori is located in central Aomori Prefecture, between the southern end of Mutsu Bay, which it faces to the north and the Hakkōda Mountains to the south.

Like most of Tōhoku, Aomori has a humid temperate climate with warm summers, and cold, though not extreme, winters. The city has ahumid continental climate (Köppen Dfa), with monthly averages ranging from −1.2 °C (29.8 °F) in January to 23.3 °C (73.9 °F) in August.

Aomori and its surrounding area are renowned for heavy snowfall, the heaviest among all Japanese cities, and, in fact, among the heaviest in the world. In February 1945 the city recorded a maximum snow cover of 209 centimetres (82 in), but the extreme low of −24.7 °C (−12 °F) was recorded 14 years earlier. In contrast, Sapporo's heaviest snowfall occurred in 1939, and that was only 164 centimetres (65 in), and more northerly Wakkanai has recorded similar maxima. The particularly heavy snow is caused by several winds that collide around the city that makes the air rise and cool, resulting in quick, thick cloud formation followed by intense precipitation.

In summer, a cool wind called Yamase often blows from the east, which sometimes results in abnormally cool weather and poor harvests. Additionally, thick fogs from the Oyashio Current are often observed in mountainous areas in the summer. Due to this fog, flights to Aomori Airport are often cancelled.

Aomori serves as the regional commercial center for central Aomori Prefecture. Agriculture and commercial fishing form only 4% of the city economy, with manufacturing forming 16.2% and the service sector forming 78.2%.

Aomori Station has been the main station of the city since 1891. The two trunk lines of the Tōhoku region, the Tōhoku Main Line (now Aoimori Railway) and the Ōu Main Line, terminated at Aomori Station and were continued to Hakodate by the Seikan Ferry. In 1988, Seikan Tunnel replaced the ferry, but the station was still the connecting point between main line trains and trains for Aomori-Hakodate section.

The Tōhoku Shinkansen opened in 2010 with a new terminal at Shin-Aomori Station. The Shinkansen provides High-speed service between Shin-Aomori, Hachinohe, Morioka, Sendai and Tokyo. 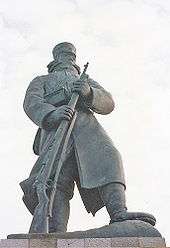 Aomori is the only prefectural capital in Japan which has no national university, instead, nearby Hirosaki became the site for the prefecture's highest educational facility. 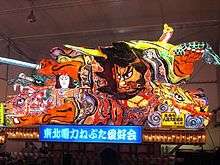 A float from Aomori's Nebuta Festival

Besides this, major attractions of Aomori include ruins, museums, and mountains. The Hakkōda Mountains have good locations for trekking with hot spas (onsen), such as Sukayu Onsen.

Aomori has hosted several international curling events, two in 2003 (including the Asian Winter Games), and the local women's "Team Aomori" was selected to represent Japan at the 2006 Winter Olympics in Turin, Italy and at the 2010 Winter Olympics in Vancouver, British Columbia, Canada. From March 17–25, 2007, Aomori hosted the World Women's Curling Championships.