Iwaki (いわき市, Iwaki-shi) is a city located in the southern part of the Hamadōri coastal region of Fukushima Prefecture, Japan.

The present "Iwaki City" started as the merger of 14 municipalities on October 1, 1966. The city was the third hiragana city, following Chino, Nagano and Mutsu, Aomori. The area was the largest in Japan at the time. The city works as an industrial hub of Tōhoku region, and is rich in sightseeing resources. As of 2005, about 7.6 million sightseers visit the city a year. Every year Iwaki hosts the Taira Tanabata Festival from 6–8 August.[3] 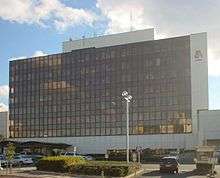 Iwaki's origin dates back to 708 AD, during the Nara period. The Yamato government constructed the Nakoso barrier against possible invasion by the Emishi tribes in the north.[5]

In the late 11th century, the Iwaki clan (岩城氏) of Hitachi Province invaded Iwaki district (磐城郡) and divided it into four districts of Yoshima, Iwasaki, Iwaki, Naraha. The clan made Iwaki district its headquarters and ruled the area from the Kamakura period to the end of the Sengoku period.

In 1600, Iwaki Sadataka (岩城貞隆) opposed Tokugawa Ieyasu during the Battle of Sekigahara and as a result, the Iwaki clan was deposed. Torii Tadamasa was appointed as daimyo of Iwakitaira Domain under the Tokugawa shogunate, with an income assessed at 100,000 koku.[4]

In 1603 Edo period, Torii Tadamasa started to construct Iwakitaira Castle in Taira. Other feudal domains, Izumi Domain (1634) and Yunagaya Domain (1670), were also created within the boundaries of the present day city of Iwaki. All of these domains joined the Ōuetsu Reppan Dōmei during the Bakumatsu period in support of the Tokugawa against the Satcho Alliance during the Boshin War, but following the Meiji restoration, all of the daimyo were dispossessed in 1871 with the Abolition of the han system. The new Meiji government created Iwakitaira Prefecture, Yunagaya Prefecture and Izumi Prefecture, which were incorporated to Iwamae (Iwasaki) Prefecture (磐前県) and to the current Fukushima Prefecture (1876).[4] In 1896, Iwaki Bank and Taira Bank were established.

In 1897, the Japanese Government Railway filled in the inner moat of Iwakidaira Castle and made Taira Station. Jōban coalfield, the largest coalfield in Honshū and the nearest to the Japanese capital Tokyo, was developed, and the population of Taira increased to support the exploitation of the coalfield. The Jōban Line was made for the haulage of the coal. Iwaki's fishery, forestry and agricultural sectors also developed from this time.[5] After World War II, the Jōban coalfield was closed. The same natural hot springs that were troublesome to the coal miners were put to good use and a hot springs resort was developed Spa Resort Hawaiians.

The eastern part of the city is made up of 60 kilometres of coastline which faces the Pacific Ocean and the western part goes through the Abukuma highlands and joins up with the central part of Fukushima Prefecture. The western part is a range of mountains and forests, occupies about 70 percent of the city. The rivers which flow to the east from the mountains have riverbeds with steep inclines which form the deep valleys of the Natsuigawa Gorge and the Shidokigawa Gorge. The flatter eastern part of the city is where most of the population is located. There are seven beaches on the coastline. Off the coast of Iwaki the Kuroshio Current(warm) and the Oyashio Current(cold) meet and make for an abundant fishing ground. The prevailing winds from the ocean are warm and wet.

The central area of Iwaki is the former city of Taira, which has Iwaki City Hall, Iwaki City Lyceum, Iwaki Station, etc. Iwaki is a decentralized city and consists of several other urban areas including Onahama and Yumoto, which were previously independent cities, towns or villages.

Yumoto is home to Iwaki Yumoto Onsen, one of the oldest onsen in Japan, with many ryokan hotels. It is also home to Spa Resort Hawaiians, a spa resort which draws 1.5 million visitors per year and was the subject of the 2006 movie Hula Girls.

Onahama is a port town where many factories, fisheries and port facilities are located. There is also an aquarium, some beaches and seaside restaurants.

Izumi is a residential area. Ueda, Nakoso, Uchigō, Yotsukura and other areas are more rural.

There are thirteen zones (hamlets or 大字 (ooaza)) within the city.[8]

As of October 1, 2007, Iwaki had an estimated population of 350,119, giving a population density of 284.33 persons per km². Iwaki is the second most populous city in the Tōhoku region, following Sendai, and the 59th most populous nationwide. The conurbation is the third biggest in the prefecture, following Kōriyama and Fukushima.

The main foundations of economy are industry and agriculture. In particular, Iwaki is a centre for manufacturing machinery, wood based products and chemicals. The industrial production of Iwaki City is no.1 in Tōhoku region. Iwaki is rich in sightseeing resources and 7.64 million tourists visit annually. Within Fukushima prefecture, the industrial and sightseeing center is Iwaki, while the political center is Fukushima city.

Major companies with factories in Iwaki

Surrounded by the ocean and mountains, Iwaki is more closely connected to Mito in neighboring Ibaraki Prefecture than to Nakadōri (Kōriyama or the prefectural capital of Fukushima). Iwaki is 75 km from Kōriyama, 150 km from Sendai and 95 km from Mito. Most residents use cars to commute as Iwaki is large and urban areas are dispersed.

The Jōban Line runs north and south in the city. The central station is Iwaki station (old Taira station). The East Ban'etsu Line links to Koriyama. 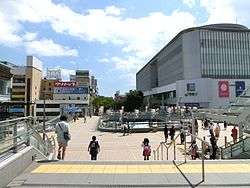 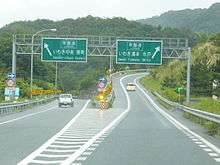 Fukushima Airport in Sukagawa is the nearest airport.

Iwaki-Taira Velodrome is located within the city. 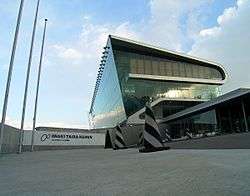 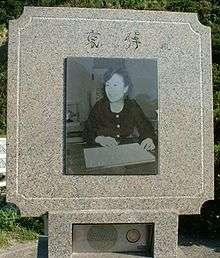 The Monument of Misora Hibari 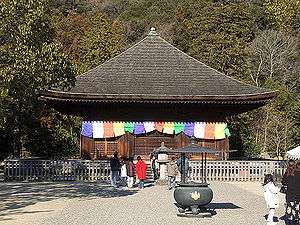 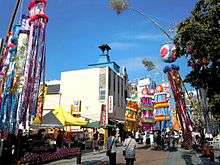 Taira Tanabata Festival, one of the most famous festivals for tanabata in Japan